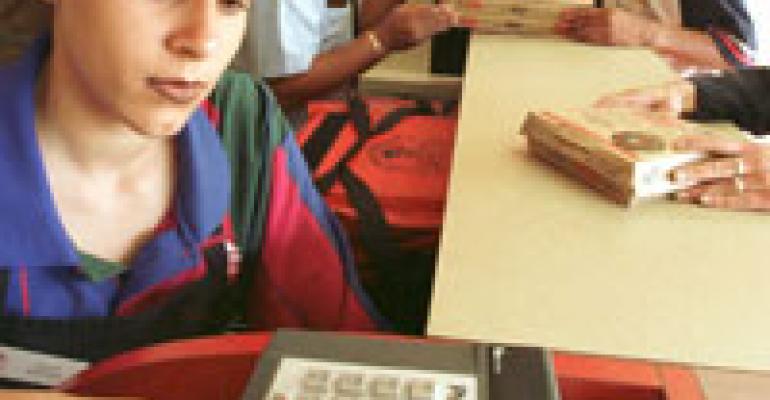 The Federal Reserve is still working out the final details of reduced swipe fees restaurant operators will soon be paying to banks. But experts have already begun to estimate the effect. Their verdict: Expect a small-yet-meaningful boost to your bottom line once the new rates are in place.

Ranging up to two percent per transaction, debit card swipe fees were so out of whack with actual costs that 2010’s Dodd-Frank Wall Street Reform and Consumer Protection Act ordered the Federal Reserve to put limits on the amounts banks and credit card companies charge merchants to process debit card transactions.

Those fees had been creeping up over the years, along with debit card usage. “It is important to note the prominent role debit cards now play in our payment systems,” said Federal Reserve vice chair Janet Yellen when the initiative kicked off last October. “The results of a new Federal Reserve survey published earlier this month show that nearly 38 billion debit card payments were made in the U.S. in 2009. Debit cards are now used in 35 percent of noncash payment transactions, and have eclipsed checks as the most frequently used noncash payment method.

“Over time,” Yellen continued, “interchange fees have grown, as both the number of debit card transactions and the level of interchange fee rates have risen. This has precipitated a national and international debate over the appropriate level of fees.”

That debate will be over when the final rule is published on July 21, 2011.

No one knows exactly what the new rate structure is going to be, but it’s clear fees will be lower. The general idea was to align the swipe fee closer to the actual cost of processing the transaction.

The Fed came up with two proposals, either of which would cap the debit card interchange fee at 12 cents per transaction. That’s a big drop from where those fees stand now—an average of 44 cents per transaction, Consumer Reports estimates. The number is big enough that Wall Street restaurant industry analysts have begun to factor in the effect theses savings will have on the bottom lines of publicly traded restaurant stocks.

First to weigh in was Key Banc Capital Markets’ Brad Ludington. In a note to investors, he wrote that the restaurant industry, where by his reckoning 35 percent of transactions involve debit cards, will be a major benefactor of the lower fees. He expects the big chain restaurant companies he follows to increase their annual earnings per share by one percent to as much as four and one-half percent once the new rate structure is in place.

Will other restaurants benefit this much? They should, and this is one small-but-steady revenue stream that will be coming your way without your having to lift a finger.

But you’ll want to look closely at the wording that comes down from the Fed on July 21. The new rule won’t apply to small banks. “These standards would apply to issuers that, together with their affiliates, have assets of $10 billion or more. Certain government-administered payment programs and reloadable general-use prepaid cards would be exempt from the interchange fee limitations,” warns the Fed.

Be sure and check with the financial institution that processes your restaurant’s debit card transactions to make sure they will be adopting the new swipe fee structure. If they won’t, you may wish to shop around for one that will.