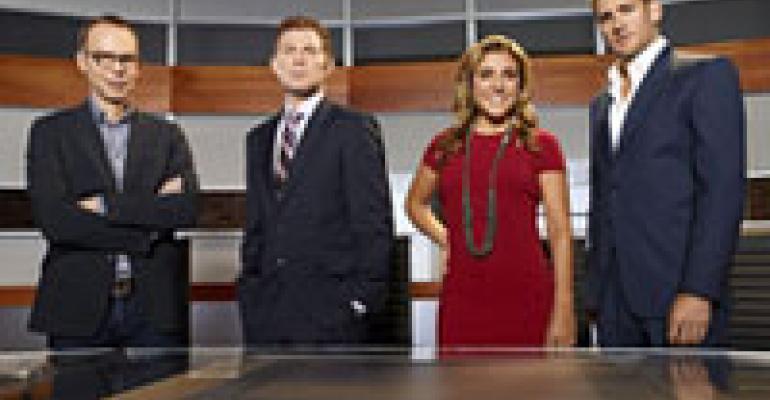 Soul Daddy: Where Did The Cash Go?

We already know that reality show America’s Next Great Restaurant winning concept Soul Daddy is the fastest chain restaurant failure in history. Now, courtesy of an SEC filing, we’re getting an inkling of how much money was lost in the process, at least by Chipotle Mexican Grill and its boss, Steve Ells: $2.5 million.

A key premise of NBC’s America’s Next Great Restaurant was that each of the four judges who would choose the winning fast casual concept would personally invest in it. The four—Bobby Flay, Lorena Garcia, Curtis Stone and Steve Ells—have remained tight-lipped about the amount of their investment since the show went off the air early in May.

It’s doubtful they’re going to tell us now. As we reported previously, Soul Daddy, a fast casual soul food restaurant, ran into trouble early. First, the three-store chain’s New York City and Los Angeles units closed after just six weeks of operation. At that point, Soul Daddy execs announced that they would focus their efforts on the chain’s remaining store, located in the Mall of America in suburban Minneapolis. They did—for two more weeks, shutting the whole works down for good in late June.

Now Soul Daddy has gained a permanent spot in the Restaurant Hall of Shame. It took Flay and company nine prime-time TV episodes to produce a concept that folded in eight weeks.

It wasn’t much of prize for show winner and concept creator Jamawn Woods. The Minneapolis Star-Tribune reported Woods was informed of the closing by email just hours after making an offer on a home in the Minneapolis area. “The restaurant simply was not performing as we had hoped,” said a Soul Daddy spokesperson in announcing the chain’s demise. Woods is hoping to get his old job back at a Chrysler plant in his hometown of Detroit.

Most chains that go out of business do so because they run out of money, and that was the initial assumption about Soul Daddy’s demise. But then a sharp-eyed reporter at financial website portfolio.com found this paragraph buried deep in a proxy statement Chipotle Mexican Grill recently filed with the Securities and Exchange Commission (you can find it here):

“We have agreed to be the prize sponsor for the network television program ‘America’s Next Great Restaurant.’ In that capacity we have made agreed to make cash contributions totaling $2.3 million to ANGR Holdings, LLC, the entity that will operate the restaurants to be awarded as a prize on the program, in exchange for an equity interest in the entity. We have also agreed to provide a variety of corporate and administrative services to the entity in connection with its operations. Our founder, Chairman and Co-Chief Executive Officer, Steve Ells, serves as a judge on the America’s Next Great Restaurant program, and as part of the terms of his involvement with the program is a co-investor in ANGR Holdings. We intend to purchase Mr. Ells’s interest in ANGR Holdings from Mr. Ells during 2011 for $220 thousand, the amount of the cash contribution originally made by Mr. Ells.”

RH readers will note that Soul Daddy had $2.5 million in operating capital, plus whatever Flay, Garcia and Stone invested—supposedly, the same amount as Ells. Factoring in the revenue from the three restaurants that were operating, Soul Daddy should have been able to make it at least through the summer before hitting the wall financially.

Thus the question becomes: Hey, where did all this money go? Stay tuned.