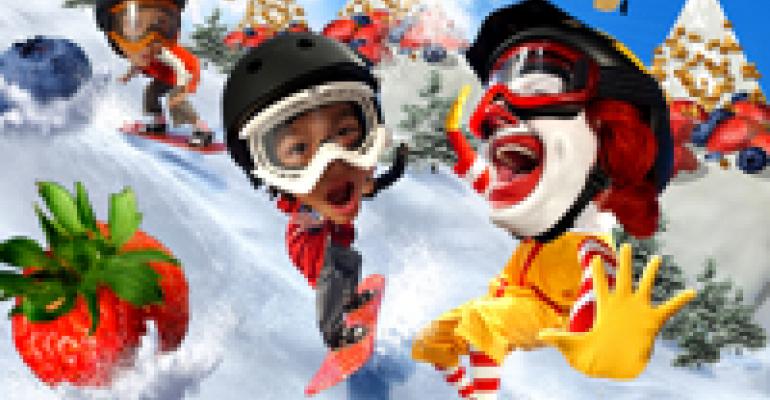 A Slippery Slope for Fast Food

Lost in the news of the Los Angeles City Council’s moratorium on fast food development in South L.A. was an even-more-significant story about the future of the quick serve sector: “Disneyland Closes Three McDonald’s Restaurants.” If you subscribe to the theory that food trends happen first in California and work their way across the country later, family-friendly Disney’s dismissal of McDonald’s is an ominous development for those who own and operate QSRs. But it’s good news for full service, now seen as the more desirable segment.

Poor McDonald’s can’t catch a break. The chain has steadily expanded its menu to include plenty of healthful items such as salads and grilled chicken sandwiches and has gotten rid of trans fats chain-wide in the U.S. But it can’t shake its image as an enabler of obesity and diabetes whose primary business involves serving artery-clogging fare to unsuspecting patrons, many of them children.

It was one thing when nutritional activists were the ones doing the complaining. But it became another when top-rated coronary care center the Cleveland Clinic sought to kick McDonald’s out of its food court in 2005. The Clinic argued that McDonald’s served the wrong food, and that having a unit on the premises sent the wrong nutritional message to patients and customers. As public relations disasters go in the restaurant business, it doesn’t get much worse than this.

McDonald’s recovered from that battle, but now has a new one on its hands. Disneyland has announced that will give the boot to the three McDonald’s operations that do business inside its Anaheim, CA, theme park. Disney’s official announcement soft-pedaled the Sept. 2 closings by claiming they were part of “a planned refurbishment.” If you’re operating three restaurants in a venue and are suddenly told to pack up and go, that’s the type of “refurbishment” that has a lot in common with “being fired.”

Just as disingenuously, Disney officials said the move was not related to its recent focus on providing healthier eating choices at its theme park restaurants. Just a wacky coincidence, we guess.

How serious is this? Consider if the shoe had been on the other foot. What if McDonald’s had banned Disney characters and movie tie-ins from its restaurants because it didn’t think it was good business to expose its customers to their unsavory content. That would have fired off a national debate. But McDonald’s run out of Disneyland? It barely drew notice.

For decades, these two companies have gone after the same demographic—families with young children—and each has carefully cultivated a corporate image that puts families first. They’ve also cross-promoted each other’s offerings to great success, most recently on the movies “Cars” and “Pirates of the Caribbean: Dead Man’s Chest.” Now Disney is saying that its way of putting families first involves putting McDonald’s out on the streets.

We’ll find out more over about this schism over the next couple of years. The business interests of McDonald’s and Disney remain intertwined in multiple ways. Disney’s four theme parks in Orlando each have a McDonald’s unit, as does Disneyland Resort Paris. A big indicator will be whether the two companies forge new movie tie-ins in the future or strike a licensing agreement that allows popular Disney characters to be showcased at McDonald’s.

To sum up, both the nation’s preeminent heart center and its foremost children’s marketer have gone to great lengths, publicly, to disassociate themselves from McDonald’s. It hasn’t hurt the company yet. In fact, McDonald’s is thriving in the current economy. Same store sales were up eight percent in July, and its international expansion, particularly in China, is proceeding at a break-neck pace.

But there won’t be any more expansion for McDonald’s—or any other fast food feeder—in South Los Angeles for at least the next year. In a landmark move, the L.A. City Council voted unanimously to place a moratorium on new fast food restaurants in the area, home to roughly 500,000 residents.

Other cities (Calistoga, CA; Concord, MA; Port Jefferson, NY) have previously enacted regulations that ban fast food restaurants in whole or in part. But those moves were taken to preserve a town’s ambience or protect local small businesses from competition with outside chains. That’s not the case in L.A., where the move was taken for health-related reasons.

Note that the council took no actions regarding the health concerns of well-to-do and middle-class areas of L.A. Instead, it limited the ban to a 32-square-mile area inhabited primarily by the working poor. Studies have shown that 30 percent of adults in this area are obese, as compared to 19 percent for the entire L.A. metropolitan area and 14 percent for the affluent west side of town. 73 percent of South L.A. restaurants serve fast food; 42 percent of those in west L.A. do.

City Council members aren’t saying there is cause-and-effect here. They say they want a moratorium so the city can attract restaurants that serve healthy food. The idea is that residents’ diets will improve if they have enhanced access to better foods, defined in this case as food not high in calories and cholesterol.

What restaurant operators will find interesting here is the assumption that full-service restaurants provide more healthful foods, even through burgers and french fries are staples of a huge number of full-service restaurants, particularly those that would likely set up shop in South L.A. Even so, it’s all about bringing more options to the working underclass.

The city hasn’t said yet what it will do to entice full-service operators into the target area. Given the range of development tools like grants, empowerment zones, tax abatements and other government monies a city like Los Angeles has at its disposal, the incentives could be compelling. In the meantime, be aware that the moratorium is limited to standalone restaurants, not those located in malls or strip shopping centers. Additional stipulations are that fast food restaurants are defined as those that do not offer table service and provide a limited menu of pre-prepared or quickly heated food in disposable wrappings.

Fast casual restaurants—defined as having no drive-through windows or heat lamps and preparing fresh food to order—aren’t part of the ban. Lawmakers also took pains to make it tough for fast food units located within the target area to remodel or expand.

The experts are telling us that this is the first instance of “health zoning.” McDonald’s better hope this notion, specifically written to exclude businesses exactly like theirs, doesn’t catch on in other cities.

Expect a wave of lawsuits challenging both the city council’s right to impose a moratorium like this and the nutritional precedent that establishes this approach as the right thing to do. But in the meantime, full-service operators should start drawing up their proposals; Los Angeles is ready for you.
Recommended Reading