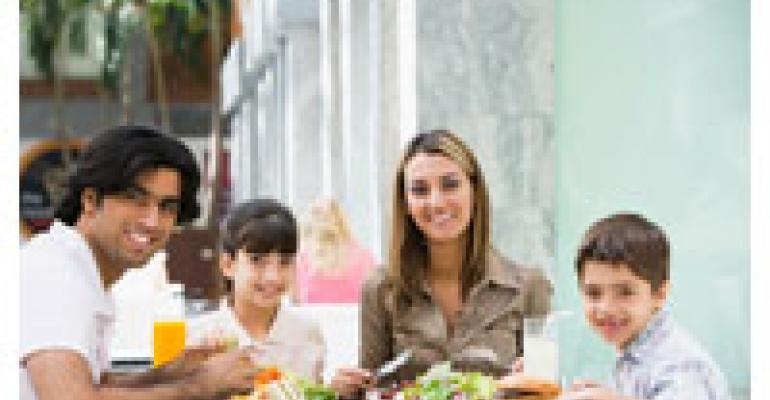 School’s Out, But Restaurants Are In

As recently as six months ago, consumer concern about the economy put the kibosh on a lot of restaurant spending. But a just-released poll suggests that attitude has given way to more optimism—and looser wallets. And another study suggests that family-style restaurants are well-positioned to profit from this more positive outlook.

One in four consumers surveyed by Market Force Information in May said they expect to dine in restaurants more frequently this summer. In December 2009, by comparison, that figure was one in 20, while more than half expected to visit restaurants less over the short term. Also good news: As of May, two-thirds of those surveyed expected their eating patterns to stay the same.

Results from a separate study, from Technomic, argue that family-style operations are likely to benefit from a return by value-seeking guests. More than two-thirds of consumers said they would be highly likely to visit a family-style restaurant when they looking for an affordable sit-down meal. Technomic’s analysts say this perception should be leveraged in marketing messages. “Keys for success in this segment will be emphasizing affordable prices, service and ambiance, targeting selective promotions at certain consumer groups and relaying a strong perception of value,” says Joe Pawlak, a Technomic vice president.

The Market Force survey also found, not surprisingly, that social media are an important resource for information about restaurants. About half of respondents said they had read an online review, blogged or tweeted about a restaurant to get a new recommendation in the last 30 days. And some 13 percent reported they had posted an online review after the meal.

The operator who ignores those reviews is foolish: Market Force Information found that “very satisfied” customers were three times more likely to recommend a restaurant to a friend than were “satisfied” customers. “Because of the long-term effects that recommendations have on a restaurant’s reputation, a one-point disparity in a rating scale can spell the difference between real sales growth and a stagnant business,” says Janet Eden-Harris, Market Force’s chief marketing officer.