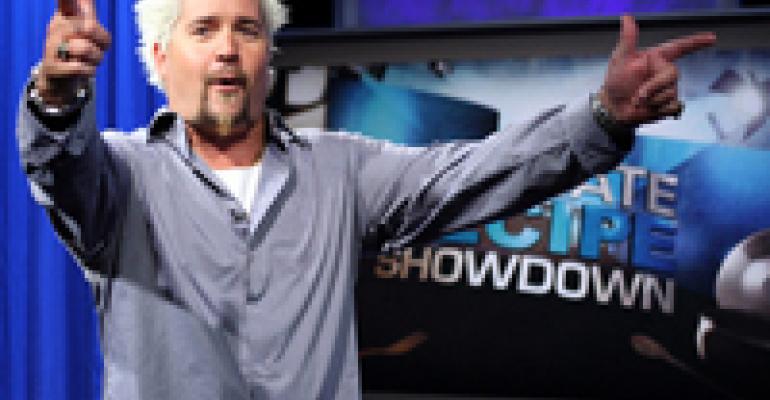 Restaurant World Tests for the Wisdom of Crowds

It seems crazy for a huge casual dining chain like T.G.I. Friday’s to hand over parts of its menu development effort to a group of unknown, unseen amateur cooks. But it must work, because they’ve done it twice, having unveiled this year’s roster of “Ultimate” new food and drink items on its menu this month. It’s the restaurant version of crowdsourcing—an online open call to anyone and everyone to submit solutions to your business problem. Now other wanabee operators are trying to crowdsource entire new restaurant concepts by relying on the anonymous submissions of others. When it works, crowdsourcing is cheap, easy and effective. Could parts of this strategy work for a restaurant like yours?

PC Magazine defines crowdsourcing as “Using the general public to do research or other work, which may or may not be paid.” Which is to say that if the work a company wants done is interesting enough to do, you don’t need employees to do it. Nameless people floating around somewhere in the online community will do it for you. Just ask and they’ll submit their ideas to you, leaving you to sort through them to find the ones you want.

Sound almost too good to be true? It does, but crowdsourcing has been proven to work, sometimes with wild success, in many other industries. The most well-known example is probably web video behemoth YouTube, in which free community-contributed content is making a bundle for YouTube’s owners. But it’s hard to beat the story of Canadian gold mining outfit Goldcorp, which put up 400 megabtyes of geological survey data onto the Internet and said it would pay $575,000 to anyone who could tell it where to best mine for gold. Goldcorp received 110 suggestions, 80 percent of which panned out. All together, the crowdsourcing gambit led the company to eight million ounces of gold, worth well more than $3 billion.

When crowdsourcing is successful, it’s a beautiful thing, both conceptually and financially. In Friday’s case, its crowdsourcing gambit had to work at some level because the results provided the content for a six-episode series on the Food Network— Ultimate Recipe Showdown hosted by Food Network personality Guy Fieri. But while only the in-studio judges could tell if the recipes featured on the show produced good-tasting food, a real-world test awaited. Each winning dish earned a spot on Friday’s real-world menu in all 600-plus U.S. Friday’s units, where paying guests would consume it and render their own opinion first-hand.

More than 12,000 recipes were sent in to Friday’s for this year’s event. Twenty-four of them made it onto the television show, out of which four winning food items were chosen. Earning $25,000 apiece for their recipes were:

• Jason Hernandez, a marketer from Germantown, TN, who came up with Spicy Southern Shrimp.

• Lisa Roman, an artist and Army wife from Roswell, GA, who contributed Spiced Up Cupcakes.

A separate aspect of the contest saw Bloomington, IN, bartender Leo Cook win a trip to Las Vegas for his Vanilla Lemon Ice drink.

How’d it go? Well enough that Friday’s is already soliciting entries for next year’s contest. The deadline for recipe submissions is April 30, 2009.

You may look at the winning items and think: “gee, they sorted through 12,000 recipes and could only come up with what sounds like so-so casual dining fare? This is the kind of stuff Friday’s culinary R&D whizzes could invent in their sleep.” Which they could, but you can’t beat the publicity payoff this crowdsourced contest produces for a relatively modest investment. Since the idea is to get people to come into your restaurant and buy your food, this approach can’t be beat.

But if crowdsourcing comes up with clunky ideas for T.G.I. Friday’s, the chain can always pull the plug and return to business as usual. But they will be totally committed at Elements in Washington, D.C., which hopes to be the first crowdsourced restaurant in the world. Its backers have built an online community of 400-plus food enthusiasts who collectively have come up with a concept and aim to bring it to life in a real-world setting. Founder Linda Welch made a good point about crowdsourcing in an article about Elements last year that appeared in the Washington Post. “Most businesses are started because you have a great idea, and you take it out to the public to see if they like it,” Welch said. “This is the opposite. We’re finding out what people want and doing it.”

We hope Elements advances to the bricks-and-mortar stage soon. But we’re not so sure the concept will be a moneymaker—the particular crowd assembled has opted for a sustainable vegetarian/vegan/raw foods approach. You can follow their progress at elements.collectivex.com/main/summary.

Also hoping to come up with a crowdsourced restaurant is the gang from the cosmic how-to website www.instructables.com. The what? “Instructables is a web-based documentation platform where passionate people share what they do and how they do it, and learn from and collaborate with others.” In this case, the idea is to collaborate on a new restaurant.

“I will open an open-source restaurant that is completely made of, and only serves food based on the original instructables all the members on www.instructables.com have made or will make,” says founder Arne Hendriks, who lives in Amsterdam. “I mean, every chair, dishwasher, menucard, light etc. and all the food, will together be the restaurant.”

Hendriks says he’s been involved with restaurants before, and he’s got a lofty goal for this one.

“I would appreciate it so much if you'd get involved in this and share your ideas with me to make it into an incredible creative place for adventurous diners, and maybe the first open source restaurant ever created (but I'm not sure about that and I guess it doesn't really matter anyway). In some restaurants you can buy the stuff you see; in this restaurant you'll go home knowing how to re-create what you just enjoyed, be it the food or the chair you sat on.”

It will be a unique dining proposition if it comes to life. Granted, the whole thing sounds a little far-fetched, but the instructables.com community is largely composed of people who possess a vast range of practical skills and are eager to share their knowledge with others. They just might get it done.