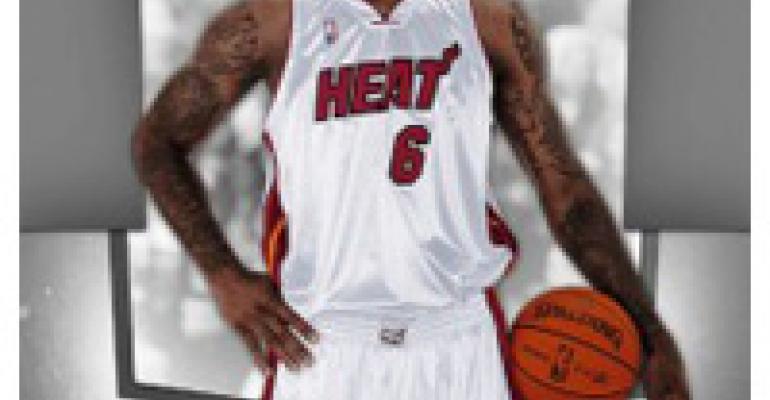 Miami Heat fans aren’t the only ones disappointed with the team’s performance so far this season. The owners of one bar who bet on the team’s success are losing about $4,000 every time the Heat come up short.

John Todora and Bob Hartley, who own Whiskey Tango on Miami’s outskirts, have promised to pay the bar tab if the Heat lose. The partners apparently took LeBron James at his word when he boasted last summer about his new team’s chances of winning big.

The promotion works this way: Heat fans are required to be present at the bar and sign up on a list at least a half hour before each tipoff. If the Heat lose, anyone on the list gets a $25 gift card toward his or her alcohol tab.

It started with the season opener, which the Heat lost to the Boston Celtics. Despite eating $4,000 in bar sales, Todora and Hartley decided to extend the deal for the entire season because they liked the idea of creating a hangout for Heat fans.

It hasn’t been a total loss for Whiskey Tango, which has gotten priceless television and radio publicity for the move. But Todora says as a fan and a business owner, he’d rather see the team start winning more. Otherwise, he’s afraid the fans will just stop watching.