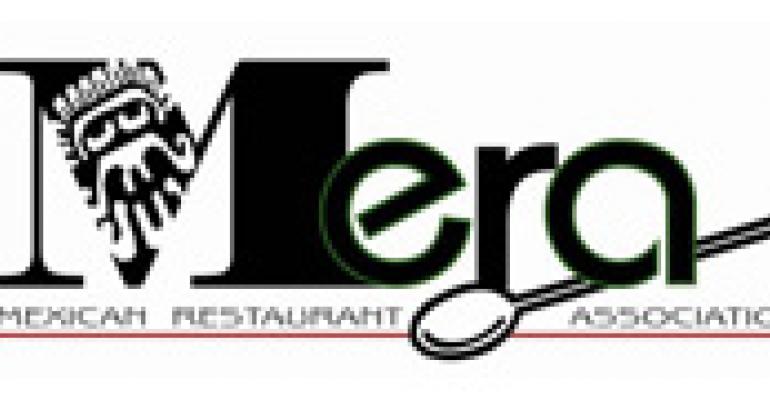 Mexican Restaurants Have a New Direction. Do They Need One?

We’ve always thought that when it comes to helping operators achieve their goals, the National Restaurant Association and its counterparts at the state and local level had all the bases covered. But apparently, the needs of one group—Mexican chefs and restaurateurs—have been overlooked. The result: the emergence of the new Mexican Restaurant Association (MERA), whose first conference wrapped up just last week in Kansas City. Its goals: More success for Mexican restaurant operators, better Mexican food.

The NRA and other associations can be forgiven for not giving special attention to Mexican restaurant operators; from the outside, it doesn’t seem like they need any. Almost anyone in the industry can name a dozen successful QSR and fast casual chains off the top of his or her head, and there are plenty of successful full-service Mexican restaurant concepts, too. Chains aside, it’s a segment where thousands of independent operators thrive, especially at the mom-and-pop level. Other than Italian and Chinese restaurants, Mexican is the healthiest ethnic segment in the country.

Translation: Even though Mexican food has gained wide acceptance in the U.S., diners here aren’t really getting the good stuff. MERA’s members aim to give it to them, creating plenty of new opportunities for its members along the way. How? The association plans to be a resource that will provide a culinary framework and the business tools necessary to get and keep authentic Mexican restaurants going.

Given the estimated 90,000 Mexican restaurants already open in the U.S., are the barriers to entry really all that steep? MERA’s founders say the key issue is that there are plenty of current and prospective operators who need help, and they don’t look for it through traditional channels. Organizer Angela Galvis characterizes the people typically involved with startup Mexican restaurants that have higher culinary ambitions this way: “This is not the guy who goes to the Chamber of Commerce,” she told Kansas City NPR station nKCUR. “This is not the guy who belongs to the National Restaurant Association. This is the guy that is kind of floating out there, but need some representation, whether it’s in the industry or politically.”

To that end, MERA’s member benefits include:

Who can join? Anyone. The annual cost of a MERA membership is $150, and you can find out more about the group at its website, www.mexmera.org. If you’re looking for a way to break into the Mexican segment—one that’s already lucrative and is still growing—MERA is one group that could help get you started.