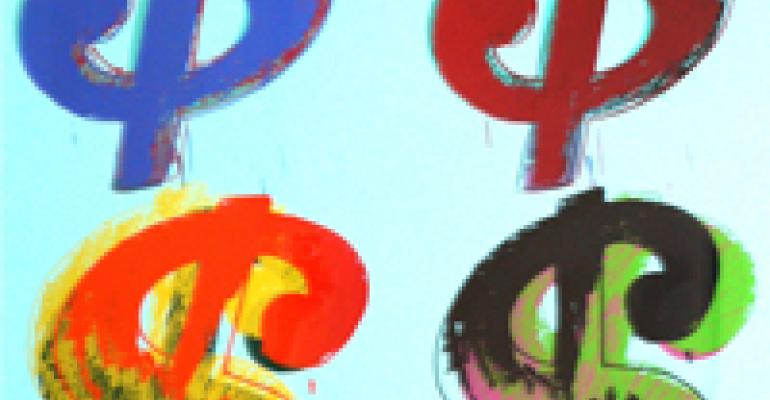 Think again if you’re one of those operators who assumed you could drive revenue ever-higher thanks to careful placement of high-margin items and artful manipulation of price points on your menu. That strategy is dead in the water right now, as most of your free-spending customers have morphed into sharp-eyed bargain hunters. But crazy as it sounds, there is one trick left in the menu-engineering bag that might still work: simply remove the dollar symbol from your menu.

It’s becoming clear that a strategy of hanging on until the business climate returns to normal isn’t going to be enough for most full-service operators. They have to be proactive instead.

Here’s what Morgan Keegan restaurant stock analyst and frequent RH contributor Bob Derrington has to say about the near-term outlook for casual dining. He forecasts that heavy television viewing of the Olympics will cause same-store sales for chains in August to decline. That’s on top of the results from July, “whose same-store sales are estimated to have been some of the weakest casual dining same-store sales of the past decade. With the first two months of the third quarter of the calendar year likely weaker than expected for many chains, considerable pressure falls on the September period to deliver third quarter same-store sales up to expectations,” he says.

Already, industry giant Darden Restaurants has put analysts like Keegan on alert that those expectations won’t be met. It’s now forecasting a 1.1 percent decline in same-store sales for its U.S. restaurants for the current quarter. “People were not in the restaurants in the volume we were anticipating,” a Darden spokesman told Reuters.

Other Wall Street watchers say it won’t get better for a while. “The only way casual and fine dining restaurants are going to improve is if the overall housing market improves. Data from numerous sources suggest a recovery will not come anytime soon,” says one. Others point out that rising energy and food costs are doing significant damage to discretionary income, the ultimate determinant of casual dining patronage. Until discretionary income increases, full-service dining is likely to suffer.

All of which is to say, now is not the time to boost menu prices outright, even though your cost of doing business is going up and you need the extra revenue. But could you try your hand at menu engineering, thought to be a less-visible way of passing along price increases? It probably won’t work as well as it did in boom times, either. Its basic assumptions about menu design, layout and psychology are sorely tested when customers are watching their pennies and looking for bargains.

Sure, operators can follow the standard menu engineering practice of raising every price that ends in $.50 or $.75 up to $.99. But doing so risks deterring repeat business like it never did before. The same goes for the menu engineering technique of situating high gross margin items on menu locations where customers are more likely to order them: first or last on lists, or highlighted graphically elsewhere on the menu. It doesn’t work as well as it once did.

Menu engineering has worked in the past, and will work again in the future, because it takes advantage of the wiggle room that exists in a customer’s value perception. But for many customers right now, there is no wiggle room left. So is there anything operators can do that could help them wring a little more money from their guests?

Researchers from Cornell University think they’ve found a way. In an article that will be published in the International Journal of Hospitality Management, Cornell PhD candidate Sybil Yang led a research team which found that presenting an item’s price numerically (i. e., without a dollar sign) resulted in greater spending by customers,

Yang and her team conducted their study by removing the dollar signs some of the lunch menus used at an upscale-casual restaurant located near Cornell and toting up what people spent. A menu item that cost, say, $15, was presented to a total of 201 customers in three different formats: with the dollar sign ($15), without it (15) and scripted (i.e., spelled out as “fifteen dollars”). Results were tabulated by averaging the check totals from each of the three groups of customers.

The findings: the no-dollar-sign version produced a check average $5.55 higher than the menus with the dollar-sign-number or written-out number format. There was no numerical difference in check averages produced by the other two formats.

“That prices presented in the “XX” format actually resulted in higher spending than scripted prices was surprising,” the researchers said. “However, the scripted presentation format used in this experiment included the word ‘dollars’ at the end of each price. Perhaps the act of repeatedly reading the word ‘dollars' acted as an unintentional prime and activated concepts of cost or price, initiated a pain of paying and subsequently caused guests to spend less.”

This study is garnering a lot of attention in the hospitality research world because it is the first to actually establish a relationship between consumer attention to menus and purchasing behavior at restaurants—something every operator would want to know. There are plenty of reasons to be skeptical about the results, particularly because of the small sample size. But if your restaurant could get even 10 percent of the check increase the researchers did, it would still be worth trying this scheme out the next time you have new menus printed.

Especially because the cost of implementation is zero and, if it’s successful, it’s the most palatable way of increasing revenue—the factor that matter the most to restaurant operators today and, if the Wall Street seers are correct, will do so for the foreseeable future.

“Changing the menu typography is like picking the low-hanging fruit when it comes to squeezing every last cent from an existing business,” Yang says. An added bonus: This method “doesn’t piss off the chef. You’re not playing around with ingredients,” adds Yang, who will probably choose different language the next time she does an interview.

Should you give it a try? It’s hard to see the downside and, given the market conditions we’re looking at now, easy to see the up.