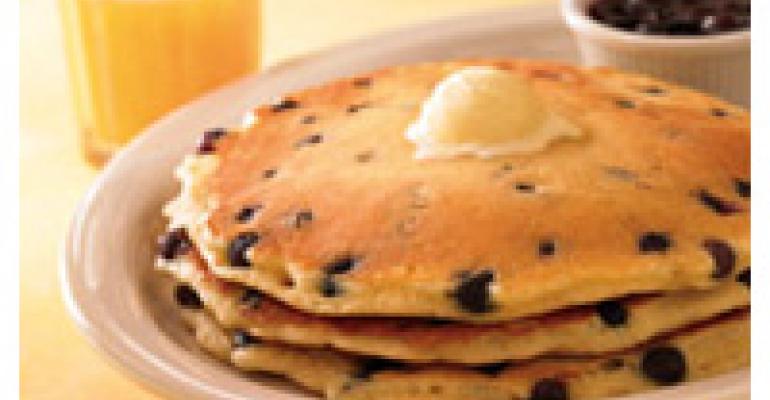 Many Hunger for All-Day Breakfast

If you already do breakfast, you might consider expanding your hours, or at least giving customers the option to order breakfast foods throughout the day, according to a new study by foodservice industry consultant Technomic. Nearly half of consumers surveyed (46 percent) said they would like full-service restaurants to offer breakfast throughout the day. Women were more inclined to want breakfast foods at lunch and dinner.

“Operators looking to expand breakfast into other dayparts should be mindful of their customer base and develop new offerings accordingly,” says Darren Tristano, executive v.p. at Technomic. “Understanding the general flavor, ingredient and preparation preferences held by female consumers can help operators and suppliers introduce the most appealing breakfast options beyond morning hours for these guests.”

The findings are part of Technomic’s new Breakfast Consumer Trend Report. Among other results:

• One out of four consumers often treat themselves to a large, traditional breakfast on the weekend.
• On the weekend, more breakfasters (43 percent) put a priority on good food; but on weekdays, more seek value (45 percent) or handy location (38 percent).
• Consumer interest in breakfast sandwiches continues to grow. More than three-quarters of consumers (77 percent) purchase breakfast sandwiches sometimes or often during weekdays.
• Not surprisingly, interest in premium coffee has grown in the last few years. Roughly a third of today’s consumers (34 percent) prefer premium coffee as compared to 29% of consumers surveyed in 2007.
• Consumers seem to believe that quick-service restaurants are doing a better job with healthy food offerings. Only a third of consumers (35 percent) say they would like fast-food establishments to offer more healthy options, down from 43 percent in 2007.
• Leading fast-casual restaurant chains are adding new entrees and side items to their breakfast menus faster than any other restaurant subsegment.