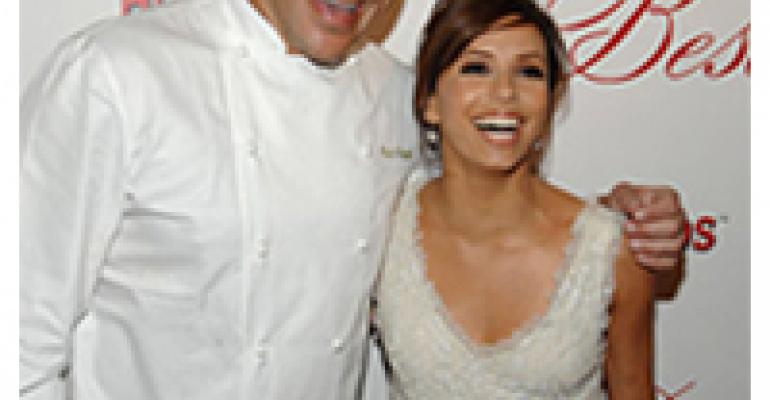 Eva Longoria, of the hit television show Desperate Housewives, will open a second unit of her acclaimed Latin restaurant, BESO, in Las Vegas. The original version of BESO opened last year in Hollywood to rave reviews on the strength of a menu created by celebrity chef Todd English, her partner in the venture.

The newest version of BESO will be housed in Crystals at the Las Vegas CityCenter, an $8.5 billion development slated to open in December. The menu will feature some of Longoria’s family recipes, including Eva’s Secret Guacamole and The Longoria Family’s Tortilla Soup.

BESO Hollywood has been a hangout for Hollywood stars such as Victoria and David Beckham, Justin Timberlake, Salma Hayek and Jessica Simpson.