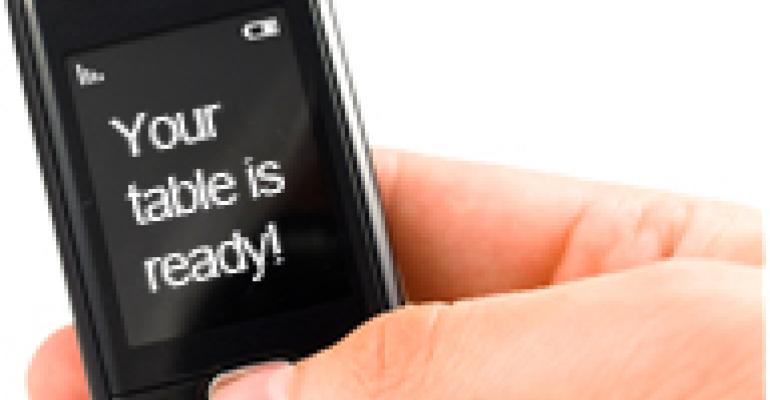 You know the industry is getting back to normal when academic researchers publish an article like “Cherry-Picking Customers by Party Size in Restaurants.” It suggests that operators can optimize revenue during busy times by “quoting longer-than-expected wait times to those they wish not to serve,” i.e., large parties. This technique sounds good on paper; do you want to be working the hostess stand when it’s time to use it?

Dr. Gary Thompson specializes in nuts-and-bolts restaurant issues like this one. He’s a tenured professor of operations management in the School of Hotel Administration at Cornell University. For this study, he conducted both an international survey of restaurant operators and a follow-up simulation exercise to further test his hypothesis. The results were printed in an article that appears in the latest edition of the Journal of Service Research.

Here’s what he found:

“Using a survey of over 250 restaurant employees from various restaurant worldwide (with about two-thirds of respondents from Asia, Europe and the U.S.), the author found the practice of cherry picking customers by party size to be fairly common. This is due to the fact that smaller parties typically spend more money per person than do larger parties because of more item sharing. Similarly, large parties take longer to serve than small parties because of more socializing.”

Which is to say, large parties take longer to get organized because they tend to proceed at the pace of the last-arriving person; they tend not to order as much food and beverage as smaller parties; their frequent insistence on separate checks makes service more problematic and can in some cases clog up the kitchen; and they’re often slow to depart when the meal has concluded, sometimes leaving lousy tips when they do. No wonder restaurant operators around the world say they prefer two-tops and four-tops to larger parties.

Thompson also took steps to see how these practices could play out in real-world situations.

“As a follow up to the survey, using a simulation of restaurant conditions, the author examined what makes the process of cherry picking successful. It makes good economic sense for a restaurant to cherry pick when there is excess demand, meaning that there are a sufficient number of small parties to displace any business lost from large parties. Cherry picking appears to be most useful in small restaurants in environments where customers have limited tolerance for waiting for a table.”

One part of the survey asked respondents how they prefer to quote estimated waiting times for each party size. Turns out it’s a moving target. “For parties of one to six, the dominant preference is for accurately estimating the wait time; while for parties of seven and more, the dominant preference is for overestimating the wait. Compared to larger restaurants, smaller restaurants more frequently overestimate the wait time for larger parties.

How many restaurants actually do this? When asked the question, “Do you discourage or restrict certain size parties from dining in your restaurant/F&B outlet, such as limiting party sizes to six or smaller?” 17 percent of respondents said they do. Their simple techniques include:

• Turning the parties away;
• Restricting the times during which the parties will be accepted;
• Diverting the business to another part of the operation, such as banquets;
• Using restricted menus;
• Requiring deposits;
• Requiring minimum drink orders; and
• Allowing the purchase of the entire restaurant for the evening.

One factor not examined in this research was whether or not the respondents had bars in which large parties could be accommodated while they wait. If large parties buy a lot of beverages while waiting for their table, the additional revenue could offset some of the downside associated with serving them.

So is this study’s conclusion actionable by you? Seating customers on a busy night is a dynamic process that’s tricky to reduce to a simple formula, especially when you’re facing down an impatient mob of would-be diners in your waiting area. But at minimum, restaurant operators might want to show a copy of this study to their waitstaffers. Many are the servers who get jealous when they get deuces and four-tops while somebody else gets the big parties. Now you’ve got a way to placate them: This study shows small-party servers are actually better off.