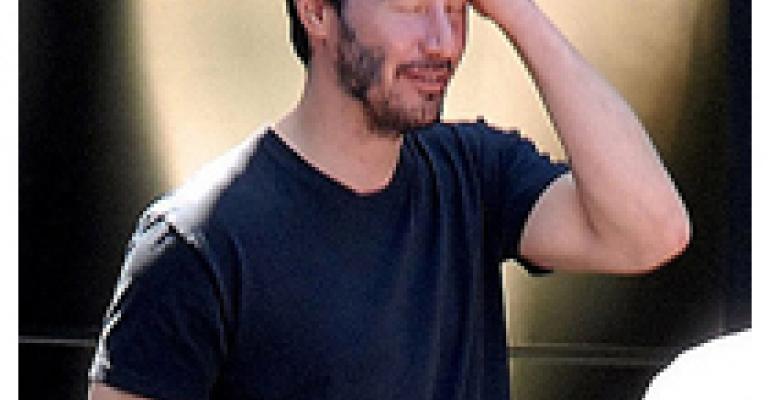 Is it possible that Keanu Reeves may leave acting to become a chef? Probably not, but the actor does have a reputation for not being the sharpest knife in the drawer. Here’s the deal: The star of the Matrix movies read the book: Molecular Gastronomy: Exploring the Science of Flavor by Herve This, a French television chef. This is what he told the Hollywood Star: “I am dabbling in cooking and looking at becoming a chef. Herve is fantastic. I didn’t really cook before, but this book may be changing my life.

Ironically, a guy who is now interested in molecular gastronomy just recently started using a computer for the first time after his frustrated friends recently bought him one. Which begs the question: Should a 44-year-old guy who is learning how to send emails and tweets be exploring the science and chemistry of cooking before he knows how to make a decent omelet? Perhaps Keanu should consider learning perfect making a chicken stock before he brings liquid nitrogen into is kitchen. Just a thought.