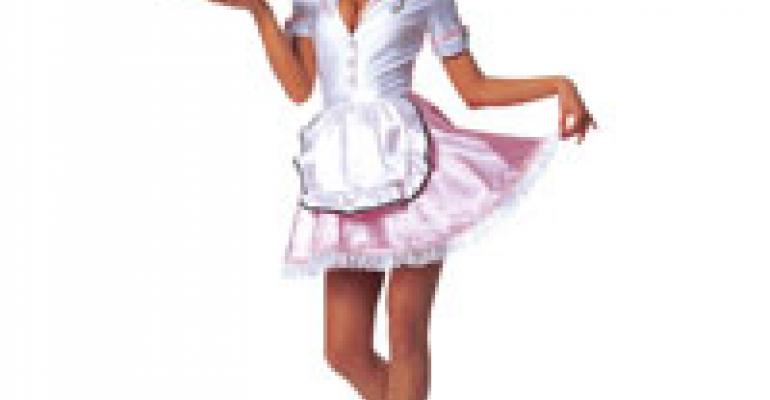 Only a fully tenured professor like Cornell’s Michael Lynn would dare publish a research paper whose top-line findings show that quality of service has a negligible effect—less than two percent—on a waitress’s tip. The actual determinants: bra size (bigger is better), hair color (blonde matters most), and waist-to-hip ratio (i.e., slender and curvaceous prevails). Be sure to consult your company’s HR specialist and attorney before bringing this subject up at your next front-of-the-house meeting.

Prof. Lynn is a serious researcher who has studied tipping behavior in restaurants throughout his academic career. He’s tackled controversial topics before, as a quick scan of his 2006 paper Race Differences in Restaurant Tipping will confirm. His new one, Determinants and Consequences of Female Attractiveness and Sexiness: Realistic Tests with Restaurant Waitresses, is in press at the Archives of Sexual Behavior and should be published later this year.

Expect howls of protest when it is. Here’s a preview: “I am disappointed but not surprised to learn that female servers with larger breasts receive more generous tips,” Cornell law professor Sherry Colb, a specialist in sexual equality issues, tells the Cornell Daily Sun. “Like the employer who fails to promote an employee because she does not sufficiently conform to the feminine stereotype, restaurant owners share in the blame for utilizing a pay structure that turns unenlightened customers into the ‘boss’ in charge of determining a server’s take-home pay.”

Prof. Colb will probably be even more disappointed when she hears how Lynn interprets his findings for restaurateurs. His study “also informs management decisions about who to hire,” he told the Sun. “Restaurants might very well want to hire waitresses who will earn larger tips. These employees can largely be identified through their physical characteristics.” One big advantage to the restaurant: High-earning waitresses stay at their jobs longer, reducing turnover.

Those not familiar with research as performed in the academic community may be wondering: How exactly did Lynn find all this out? His method involved posting a link to a survey on www.waiterrant.net and then employing standard social science research protocols to analyze the data that was collected.

Here’s how Lynn spells out the details in his study’s abstract:

So should your restaurant adopt a sexy-babes-only hiring policy? We’re staying out of this one and suggest that you let your conscience be your guide.

But Lynn’s study does have another takeaway for restaurant operators. It explains the rise of the seemingly recession-proof “breastaurant” segment, where chains such as Hooters, Twin Peaks, Show-Me’s and Titled Kilt grow and prosper while other types of full-service restaurants often struggle to find a viable theme. Now we know.