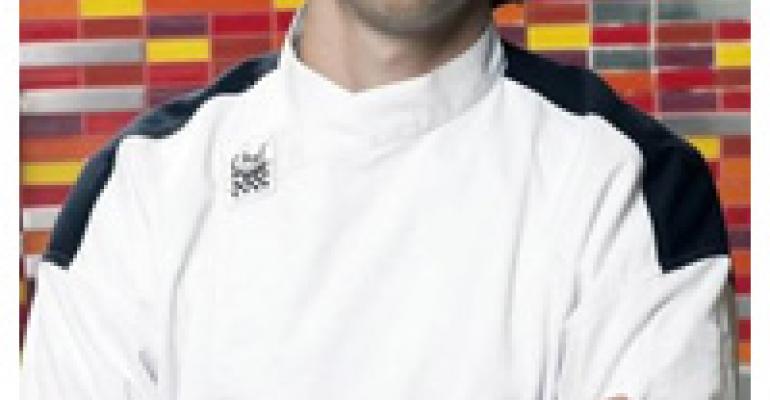 Whoever’s left standing after a season’s worth of cooking competition on Fox’s ever-brutal Hell’s Kitchen deserves a big prize. But what the winner typically gets is a job that, upon closer examination, has an impressive title but not much responsibility. It’s no different for Season Six winner Dave Levey who, it turns out, will have to prove himself all over again when he shows up to claim his prize as “head chef” at Araxi Restaurant in Whistler, British Columbia, just in time for the start of the Winter Olympic Games.

Gordon Ramsey’s F-bomb-laden Hell’s Kitchen must be one of the most profitable network series imaginable. Reality shows are inherently cheap to produce in the first place, and this one doesn’t even give the winner much of a payoff at the end. All he or she gets is a cooking job in a semi-prominent restaurant—something many of them already had when they signed on with the show in the first place.

The jobs have turned out to suffer from title inflation, with “head chef” and “executive chef” in practice meaning something more like “sous chef” or “line cook.” That may be why at least two Hell’s Kitchen winners, underwhelmed by their “prize,” declined to take their job. In contrast, whoever wins the current season of Top Chef gets a $125,000 check along with other nifty prizes, including some profile-building live appearances.

The 32-year-old Levey hasn’t started his job at Araxi yet. But he says he’s going to Whistler, and it will be interesting to see how it works out. He’s already demonstrated grit and determination, prevailing on Hell’s Kitchen despite breaking his wrist early in the competition and being in obvious pain as the series wound down to the finale. He’ll need those same characteristics in his new job, because he won’t be the boss at Araxi, and the guy who is in charge isn’t all that thrilled that his superiors agreed to be part of the show.

James Walt, Araxi’s longtime executive chef, told the Winnipeg Free Press that his restaurant already has 4,500 reservations on the books for the Olympics period. He’s not necessarily keen on introducing someone new into his kitchen hierarchy, TV show winner or not, while doing business of historic proportions.

"You know, Gordon might have seen something different than what I would. I might hire someone that he'd pass on and vice-versa. We all have our ways and a lot of it is instinct,” Walt told the Vancouver Sun. “With something like this, I can't really be 100 percent sure."

But at least he can live with Levey, as compared with some of the other Hell’s Kitchen participants. “There’s a lot of people on the show that shouldn’t have been there,” Walt says.

Walt’s definition of Levey’s “head chef at Araxi” role is less grand than what viewers of the show were led to believe. He says Levey “is going to have work hard, that’s for sure, when he joins us. I have high expectations. Obviously, he won, but now he has to produce because we’re banking on this person being here during a busy time.”

Levey reports to work on Jan. 4, 2010, six weeks before the Olympic Games begin. He has a one-year contract. When he arrives, the plan calls for him to rotate through each of Araxi’s stations so Walt can figure out what his new “head chef” can actually do. “Then I can observe his strengths and weaknesses and everything goes from there,” Walt says.

We hope it works out for Levey, who proved on Hell’s Kitchen he can step into a high-pressure kitchen filled with strangers and more than hold his own. But who knew that his prize for winning would be a situation that sounds like it’s going to be much of the same?

Will there be more editions of Hell’s Kitchen? You bet. It’s the highest-rated competitive reality TV show, particularly strong in delivering the prized ages 18-45 demographic. The Fox network has already signed a deal with the show’s producers for Seasons 7 and 8.