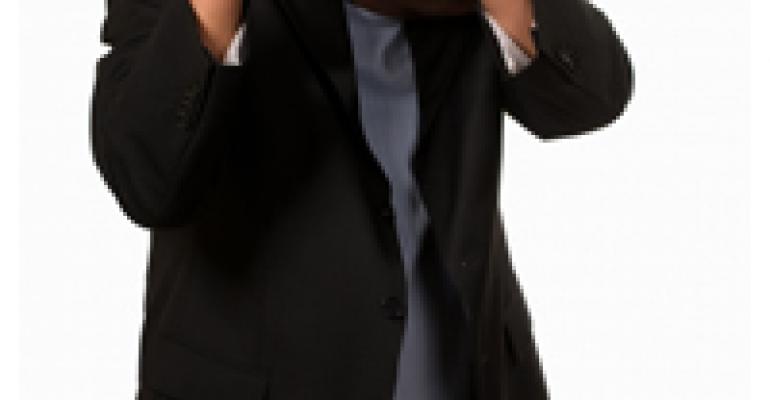 Not one, but two Einsteins recently decided an exhaust hood would be a slick way to sneak into a restaurant after hours. Both perps miscalculated, because they clogged the equipment, only to be caught red-handed the next morning.

The first incident occurred in North Charleston, SC, where an early-shift employee heard a man’s faint call for help. She called the police, who arrived on the scene and asked the man to identify himself. He admitted he was stuck, but by that time his hiding place was revealed: One of his feet dangled above a stove.

The would-be burglar had entered the system through the roof the night before and gotten stuck. Firefighters were called in to extract him the way he had entered. He went from the restaurant to the hospital to jail, where he was hit with burglary charges.

Not two months later, a former employee of a Virginia Beach restaurant tried the same brilliant move. Harold’s Restaurant owner Harold Owens arrived to open the restaurant on a Saturday and found feet dangling from an 18-by-18-inch exhaust.

"I kinda laughed when I saw his feet, but then I figured how much it was going to cost me,” Owens told a local broadcaster, WAVY. “And then I didn't think it was funny anymore. He called my name and said he was sorry. He was moaning, so I knew he was in pain. I told him he was going to stay there until I called 9-1-1 and police."

Firefighters freed him as well, took him to a local hospital for treatment of injuries. Charges were pending.