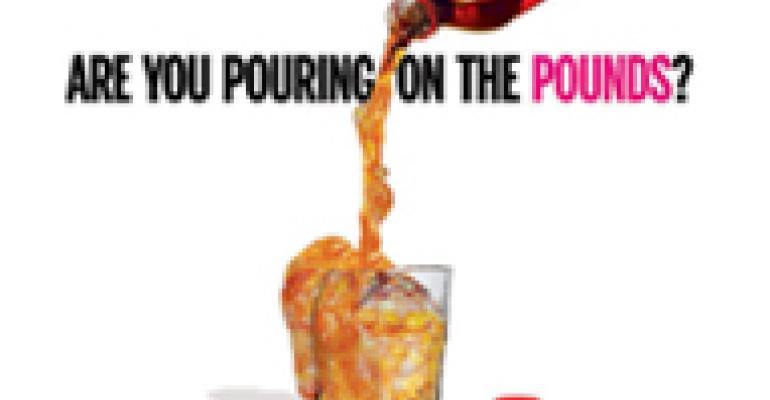 Get Ready For a Sin Tax on Soda

How close are we to having a tax on sodas and other sugary soft drinks? Consider this. The New York City Department of Health, the agency that single-handedly drove the no-trans-fat movement, just got its “soda-causes-obesity” posters back from the printer—just as revenue shortfalls have legislators racing to see who can write a version of a new soda tax first. High-margin sodas and soft drinks are huge profit makers for most restaurants. If soda drinking declines, where are you going to make your money?

It’s hard to miss the political groundwork being laid for a tax on soda. The first inkling came in late July at the Centers for Disease Control’s “Weight of the Nation” conference. CDC chief Dr. Thomas said raising the price of unhealthy foods like sodas “would be effective” in fighting obesity. The general tone of his carefully worded address: it’s not about a tax, it’s about improving the health of all Americans. He wouldn’t come out and use the “T” word directly, however.

No, he left that chore up to President Obama, which he tackled in an interview that appears in this month’s Men’s Health magazine. When queried about a tax on soda and other sugary drinks, here’s what he said:

“It’s an idea that we should be exploring,” the President said. “There’s no doubt that our kids drink way too much soda. And every study that’s been done about obesity shows that there is as high a correlation between increased soda consumption and obesity as just about anything else.”

And what about the counter-argument that this is none of the government’s business?

“Look, people’s attitude is that they don’t necessarily want Big Brother telling them what to eat or drink, and I understand that.” Obama responded. “It is true, though, that if you wanted to make a big impact on people’s health in the country, reducing things like soda consumption would be helpful.”

Also helpful would be that revenue raised by even a small tax would contribute to the cost of healthcare reform. The Congressional Budget Office estimates that a 3-cent tax on 12-oz. cans of soda will produce $5 billion a year. Other revenue-starved states and municipalities could add taxes on top of any federal one, as well.

They’ll be ready in New York City, where the city’s Department of Health has just mounted a three-month anti-soda public information campaign. Earlier this year, New York Gov. David Paterson proposed a whopping 18 percent tax on soda, an idea that was quickly shot down. We’ll have to see what he comes up with now that the notion of taxing sodas has worked its way into the mainstream.

Restaurant operators already know why this matters to them. For many of them, particularly those who do business in the QSR segment, the profits margins on soft drinks dwarf those of any other menu item. Operations with a beer, wine or liquor license will tell you that, on a profit dollar basis, these alcoholic beverages are the big money makers. But on a percentage basis, it’s soft drinks all the way, with the fountain version being the king. It’s a revenue stream few businesses could do without.

Which may be why so many of them have joined to Americans Against Food Taxes coalition. The group’s website is www.nofoodtaxes.com. Check out the list of full-service restaurant chain companies such as Brinker and Darden that, along with quick-serve chains, the National Restaurant Association and a couple of hundred of other interested parties, are looking to keep the no-tax status quo intact. The amount of lobbying power that will be arrayed against any soda-tax is staggering, and their collective fear seems to be if you give an inch to the soda tax proponents, they’re going to take a mile.

No matter how big or small your restaurant organization may be, you’ll want to keep an eye on the soda tax battle. It has the potential to have a big impact on your restaurant’s profitability, and may be the prelude to other food-related rules, regulations and taxes that could change key parts of the way you do business.