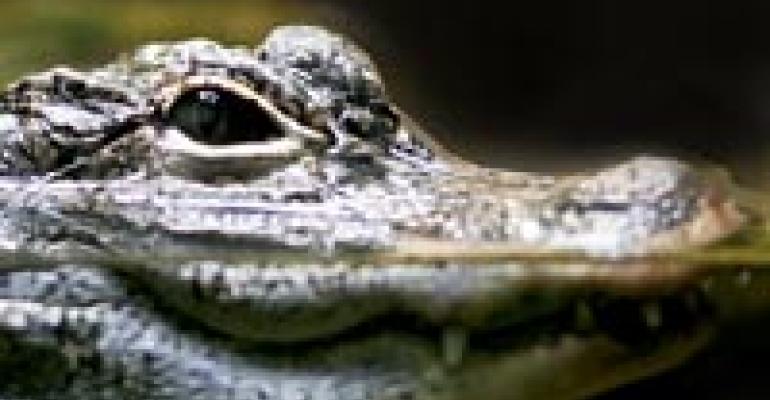 Gator On The Menu?

It’s not unusual to find gator nuggets or some other form of gator meat on southern restaurants' menus, but an alligator in the restroom is another story. That’s exactly what happened at Clark’s Fish Camp in Jacksonville, FL, after a flood recently forced it to close for a week. When owner Joan Peoples entered the restaurant to check out the extent of the damage, she found a gator living in the bathroom. Employees of the restaurant dragged the baby critter out of the restaurant. “During September and October, that’s hurricane season and you expect the water, so you’re a little more prepared,” Peoples said. “We weren’t prepared [in May].” With food costs so high these days, we’re a bit surprised the gator didn’t end up on the menu.