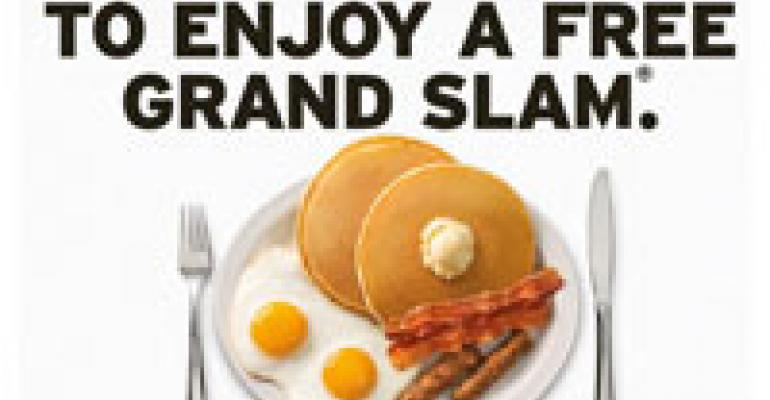 Now we know which company had the least-effective ad on the 2010 Super Bowl broadcast. It was Denny’s free breakfast spot, which so enraged some of the company’s largest stockholders that they’ve formed a “Committee to Enhance Denny’s” to put heat on the executives who approved it and who otherwise oversee what the stockholders say is an underperforming chain.

Super Bowl ads are among the top advertising vehicles available for companies that want to reach a vast audience in one shot. This year’s ad spots cost between $2.5 and $2.8 million, down slightly from the $3 million advertisers paid in 2009. No matter the rate, it’s generally assumed that the impact makes a Super Bowl ad more than worth its price.

This year’s Denny’s ad certainly had impact, but we’re not sure if it’s the one company leaders anticipated. The chain used its purchased ad time to promise “everyone in America” a free Grand Slam breakfast on the Tuesday following the Super Bowl, as long as they showed up between 6 a.m. and 2 p.m.

If the idea was to get people talking about Denny’s, the ad was a hit. But it wasn’t well received by the principals of Dash Acquisitions, Oak Street Capital Management, Soundpost Offshore and Lyrical Onshore. This quartet of investment firms, which collectively controls 6.5 percent of Denny’s shares, was already disappointed in Denny’s recent performance, which has seen the chain slowly sell off company owned locations even as customer counts chain-wide were shrinking . But they went ballistic after seeing the Super Bowl ad.

“Denny’s paid a good amount of money to communicate to the public that they were giving away free food,” Jonathan Dash of Dash Acquisitions told the Wall Street Journal. “That was not the best use of their marketing dollars.

“I went to IHOP the morning they were running the free breakfast promotion and the waitstaff said their business had actually increased because the core Denny’s customers were coming to IHOP to escape the crowds at Denny’s.” Dash and his fellow investors couldn’t understand the rationale behind “a marketing campaign that alienates your core customers and drives them to IHOP,” IHOP being Denny’s number one rival within the family dining segment.

The “Committee to Enhance Denny’s” is trying to elect three investors, including Jonathan Dash, to seats on Denny’s board. Committee members have been generally disappointed with the company’s financial performance and stock price over the last few years. Denny’s, which has 1,551 restaurants (85 percent of which are franchised), remains profitable, even though sales and customer count growth have been anemic for the past several years. Denny’s sales fell 3.7 percent in 2009, according to the company’s most recent 10 on the action on one side or another? If so, time is of the essence, according to the investment cartel..

"The Committee urges Denny's stockholders to take the necessary steps with their custodial banks and brokerage firms to ensure they have the ability to vote at Denny's upcoming Annual Meeting. Shares held in margin accounts may be loaned out by brokers and any shares that are subject to a stock loan cannot be voted by the beneficial owner at the upcoming Annual Meeting if they are loaned out as of the March 23 record date. In order to ensure that Denny's stockholders have the ability to vote their shares, they should move their shares into a cash account in advance of the March 23 record date."

The Denny’s annual meeting is set for May 19th. It should be an interesting one, because investment firms like the four that comprise the Committee know how to get their way. Stay tuned.