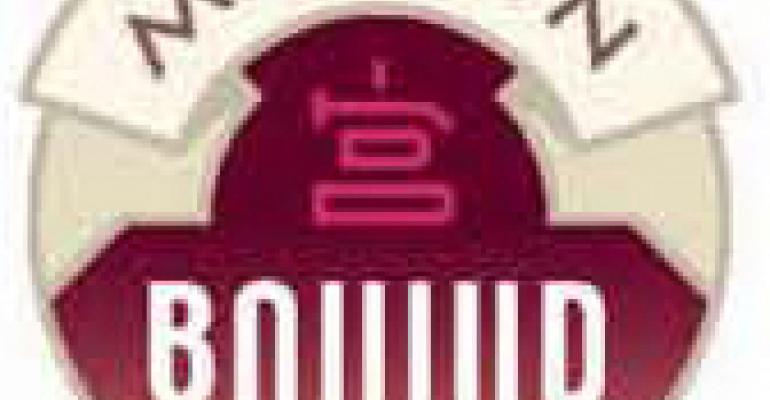 Now that dog meat is off the menu and local dishes have been renamed to sound more appealing to visitors (the Chinese government has decreed that the appetizer historically known as “husband and wife’s lung slice” will temporarily become “beef and ox tripe in chili sauce”), Beijing restaurant operators are ready to welcome the world to the Olympics next week. But food safety remains a huge concern for many Western visitors, even those with cast-iron stomachs who normally seek out exotic delicacies wherever they go. The solution? Take your meals at Maison Boulud, superstar chef Daniel Boulud’s brand new restaurant, located just steps from Tiananmen Square.

Boulud had for years limited his entrepreneurial urges to New York City’s Upper East Side before cautiously branching out elsewhere with restaurants in Palm Beach, FL, and Las Vegas. But….Beijing? Let’s consider the difficulties Boulud faces as he attempts to create a Michelin star-worthy French dining experience 6,800 miles away from his home base on E. 65th St. in Manhattan. The restaurant opened quietly in late May and has been working out the kinks in anticipation of the Olympic rush.

You certainly can’t knock the location in Beijing. Maison Boulud is one of a handful of restaurants opening in what’s known as Legation Quarter, a complex of five buildings located kitty-corner from Tiananmen Square. The 16,000-square-meter facility was built in 1903 to serve as the United States Embassy to the then-ruling Qing Dynasty. It sits just a couple of blocks away from Beijing’s Forbidden City, home of China’s Imperial rulers from 1420 to 1912. Given its historical and cultural significance, this is hardly the kind of spot you’d think to convert into a restaurant.

Yet in the booming Chinese economy, it became a candidate for redevelopment. Here’s how project organizer Handel Lee describes the finished product. “Legation Quarter is an integrated lifestyle development unlike any in China today, presenting world-class fine dining restaurants, sophisticated club and lounge venues, luxury retail establishments, a museum-quality contemporary art gallery and Beijing’s only repertory and multi-purpose theater.”

Other dining options within the complex include Teatro, an Italian concept; Shiro Matsu, a contemporary Japanese restaurant overseen by Hong Kong restaurateur David Yeo; and a pair of Chinese restaurants by Beijing-based Tian Di Yi Jia. But make no mistake. Maison Boulud is the star of the show.

As a business opportunity, it couldn’t get much better for Boulud. Beijing, the capital of the People’s Republic of China, has a population of 17.4 million people. Thanks to the country’s current wave of prosperity, many residents now have both the money and the inclination to eat at a place like Maison Boulud. Beijing is a virgin market for upscale French restaurants.

But let’s think about the daunting obstacles to overcome if you were the one creating an upscale French restaurant half a world away in China. Who would you hire? Where would you get ingredients that meet your standards? What would you put on the menu that would reflect your approach to cuisine yet appeal to the palates of customers from a much-different food culture? And, how would you do it all in a huge building that looks like a post office or library and gives off a chilly government office vibe?

Keep in mind that when other globetrotting superstar chefs set up shop thousands of miles from home, they typically do so in a Western-managed hotel. These chefs can tap into a staffing and sourcing infrastructure that’s already in place to help them get started. Maison Boulud, however, has no such connection in Beijing. It’s a freestanding independent restaurant that had to be created from scratch.

Boulud tapped Ignace Lecleir, the general manager at his flagship Daniel in New York (and before that g.m. at Gary Danko in San Francisco), to open and run his place in Beijing. It was up to Lecleir to do the hiring and get (and keep) operations rolling at the world-class level. He had a tough job, but perhaps not as challenging as that of executive chef Brian Reimer, also from Daniel. He came in six months early to set up supply lines within China and elsewhere in the Pacific Rim region.

A further challenge for both: The restaurant has 108 seats in its main dining room, and can squeeze in 221 additional guests elsewhere in the building. That’s a huge crowd when you’re trying to produce a Michelin star-level dining experience.

As for the menu, “Even in the heart of Beijing, it is only natural for me to create in a French style. At Maison Boulud, I will remain true to my French roots and the way they have evolved after decades cooking in America,” Boulud says. “Whether I am cooking in New York or in Asia, my signature remains my French spirit combined with seasonal produce, local whenever possible, but above all the best I can find.”

Boulud stresses that he will be preparing local and Pacific Rim-sourced ingredients using his time-tested French techniques. But consider the summer prix fixe menu, which goes for RMB 428 (about $65 U.S.). Almost every item on it looks like mainline French food to us:

Expect this place to be mobbed during the Olympics. Not only is the food familiar to Western and other world travelers. It’s also being served by Daniel Boulud, whom everyone will assume wouldn’t touch any of the questionable food items known to flow through China’s lightly regulated food procurement channels.

A key component of Maison Boulud’s clientele this month: Olympic officials and athletes. Many of them, including the U.S. delegation, chose to stay outside of the official Olympic Village and will be looking for something safe and tasty, in that order, to eat. Olympic delegations from many nations opted for this strategy after learning they would not be allowed to bring their own food into the Olympic Village.

It’s not that these delegates worry that the Olympic Village food contractor, U.S. catering giant Aramark, wouldn’t do a good job. Aramark is a highly experienced and competent contractor at Olympic-scale events. But the company will be limited to using only goods from 38 designated suppliers within China as it cranks out as many as 100,000 meals a day.

Rather, the concern is that tainted food sourced through Chinese distribution channels would sicken some athletes or, significantly worse, cause them to test positive for antibiotics or other banned drugs.

The Olympics is a once-in-a-lifetime opportunity for these athletes, and they don’t want to blow it by consuming drug-laced food. Especially when they have the extremely pleasurable option of sidestepping the problem entirely by chowing down at Maison Boulud.
Recommended Reading