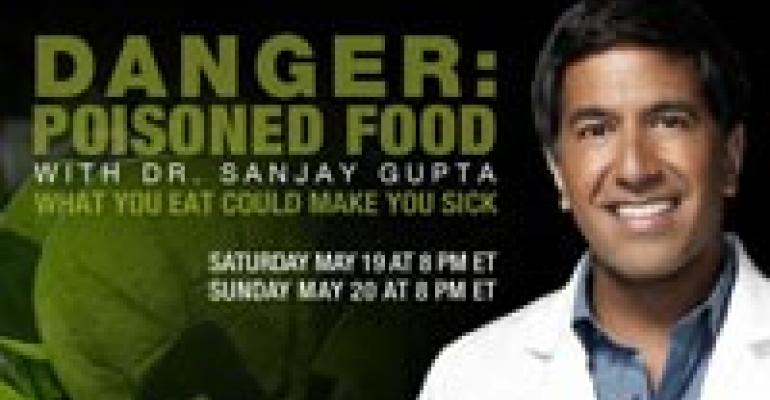 Are we really writing a story about the two least-sexy topics in the restaurant world, insurance and foodborne illness? You bet we are after learning that a New Jersey judge decreed that companies selling the former must pay claims of restaurants that experience the latter, no matter how cleverly exclusions might have been buried in a policy’s fine print. If there’s one thing that would help full-service restaurant operators sleep better at night, this kind of insurance might be it.

It’s not so much the lawsuits that result from a foodborne illness incident that put a restaurant at risk. Your business’s general liability policy would typically cover the cost of defending those lawsuits and pay damages awarded to a plaintiff. And while restaurants are sometimes the source of contaminated food, many recent outbreaks have originated somewhere upstream in the food supply chain, which is where victims turn to find relief.

An incident’s longer-term fallout hurts more. When people become sick from eating at your restaurant, business falls off a cliff, and can take forever to come back.

Lloyds of London will insure you against these losses. Here’s how one company that deals in this insurance, Wakefield, MA-based HCC Specialty Underwriters, describes its offerings to the agents who sell it to restaurant operators like you.

“HCC Specialty Underwriters Foodborne Illness Protection provides Contingent Business Interruption for lost profits, fixed and continuing expenses and even promotional expenses to rehabilitate your client’s business. Special features include coverage that begins with the first media reports and continues until sales recover. All incidents of foodborne illness, whether real or false, are covered. All and any foodborne illness is covered, not just named perils like E. coli or Salmonella.”

These policies can give you high level of protection. “Lloyd’s underwriters contribute capacity of $79 million per trade name through this program,” writes food safety attorney Bill Marler in a blog entry entitled “Why I Hate Insurance Companies.” He adds that excess coverage is available that could increase the limit to $125 million.

In the event of a food-contamination crisis, Lloyd’s will even handle most of the non-monetary details. “Under the Lloyd’s-backed trade name restoration program,” Marler notes, “crisis management begins immediately, providing assistance with the media, handling phone calls, dealing with health officials and at the same time putting together a game plan for recovery.”

It sounds perfect—soup-to-nuts coverage of everything that could possibly go wrong. If, that is, Lloyd’s, which has sold this insurance for the past 10 years, interprets your policy the same way you do.

That turned out to be a big “if” for 70 Taco Bell franchisees, owners of 1,300 Taco Bell units, who sought to collect in the wake of a 2006 E. coli outbreak allegedly traced to numerous Taco Bell outlets throughout the Northeast.

The franchisees had purchased Foodborne Illness insurance from Lloyd’s between 1999 and 2002, switching to more-comprehensive Trade Name Restoration, Loss of Business Income and Incident Response insurance in 2003 and subsequent years. A subtle change deep in that new policy specified an “Aggregate Supplier Incident Sublimit” of $0, which is what Lloyds wanted to pay in the Taco Bell incident.

Superior Court of New Jersey Judge Phillip Lewis Paley found that an Aggregate Supplier Incident Sublimit “cannot be used as a stealth exclusion to deny coverage for business income losses stemming from food contamination allegedly caused by lettuce that went into some Taco Bell menu items.” Much wrangling over the policy’s language preceded this decision, but Judge Paley’s decision boiled down to this: if a company sells an insurance policy where parts of what it’s covering have a limit of $0, that doesn’t seem fair. Where’s the “risk” to the insurer and where’s the “insurance” to the customer?

If you’re thinking about buying one of these policies, here’s what plaintiff’s attorney William P. Passannante says was established with this case:

Of course, many operators may already be familiar with the notion that the person who makes promises while selling you an insurance policy is not the same one you deal with when it’s time to make a claim. So, valuable as it may be in theory, perhaps foodborne illness insurance is not for you.

If it isn’t, that means you’re self-insured, and you want two things locked down in case a foodborne illness incident were to take place.

First, you want to have your operation’s HACCP procedures firmly in place, particularly the record-keeping aspect. And second, you want to establish a pattern of promptly resolving any health department issues when raised and then keep track of your compliance. Experts note that not only do these steps reduce the amount of foodborne incidents occurring in the first place; they also reduce the risk of lawsuits specific to your restaurant if an incident were to occur. At worst, these two steps would at least reduce punitive damages.

If you’re hoping that a foodborne illness problem won’t happen to you, you’re in luck as of late. The most recent outbreak blessedly bypassed restaurants. But its highly unusual nature—public health experts are wondering exactly how E. coli bacteria normally found only in a cow’s stomach wound up in chocolate chip cookie dough—demonstrates how problematic this issue can be, even for those with rigorous food safety standards in place. We hope we’re wrong, but we’re betting this isn’t the last foodborne illness outbreak that will occur in the U.S., and we’re guessing that restaurants will be involved in some of them.

When something does happen, you want to be ready. The outbreak itself might not be your fault, because contamination occurred somewhere back up the supply chain. But you and your restaurant still might be liable.