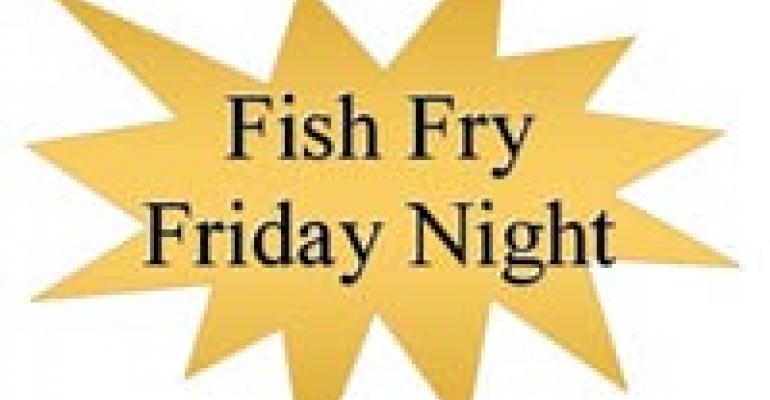 Fish Tacos For The Faithful

This week marks the beginning of Lent for the nation’s 70 million Catholics and, with it, thousands of churches will begin serving fish fries on Friday nights for the duration. So how do you fill your seats in the face of this burst of competition? We say offer contemporary spins on seafood to draw your share of the business. Our top pick: fish tacos.

The Lenten season this year starts on Ash Wednesday, Feb. 17th, and runs until April 3, the Saturday before Easter. During this time, the 27 percent of U.S. citizens who are registered Catholics are strongly encouraged to avoid eating meat on Fridays—the day of the week on which Christ died—and eat fish instead. This practice endures, even though eating seafood no longer seems to be the sacrifice it was when it first began. Certainly the guests at serene sushi temple Masa in New York City aren’t giving up a lot as they consume their $450-per-person seafood dinners.

To help less-affluent parishioners comply with this directive, Catholic parishes have for generations gone into pop-up restaurant mode by offering fish fries on Friday nights during Lent. The meal typically consists of fried fish, cole slaw, French fries, dessert and a beverage, although there can be many regional variations. Dinner prices are modest, typically in the mid-single-digit range.

This cheap-but-filling combination produces huge turnouts, making fish fries effective fundraisers for the sponsoring parish. Which is why several other denominations now follow suit during Lent—they need the revenue, too. Some churches and, more recently, a number of charities offer Friday fish fries all year long.

Lenten fish fries are particularly numerous in the heavily Catholic Midwest and Northeast parts of the U.S. They have also gained favor in those parts of the country where the population of Catholic Hispanics is growing, such as Texas. If your restaurant is located in one of these markets, the arrival of Lent means you’ve suddenly got some tough competition for seven straight Friday nights. Losing business on what is typically a busy weekend night is tough for any operator to swallow and, given the state of the economy, could be even tougher this year.

So how can you compete? It’s tough to match or beat churches on price, particularly because they are run by volunteers and have no occupancy costs or other overhead. But you can compete on quality and variety.

Many fish fries source their breaded fish, cooking oil and French fries at warehouse clubs, with the lowest price dictating their ingredient choice. These items are then turned over to volunteer cooks who might, or might not, turn them into uniformly delicious meals. Throw in the fact that the Friday night fish fry menu never changes and you’ve got a decent-sized number of people who may be looking to eat different and better seafood on Friday nights.

What should you give them? A big selling point for a church fish fry is its family friendly price point. That’s why our top pick for a contemporary seafood item that could be just as inexpensive, while also better tasting, would be fish tacos. You can find good recipes for them at our website. Or you could do a Google search, which would lead you to Mark Miller’s legendary Baja-style fish taco recipe and plenty of other tasty ones.

Many operators tell RH that their weekend business has held up during the recession, while their mid-week volume has gone soft. That’s why we think it’s important to hang on to as much Friday night business as you can, especially when Lenten obligations could spur many of your customers to go elsewhere. A fish taco deal could be just the ticket.
Recommended Reading