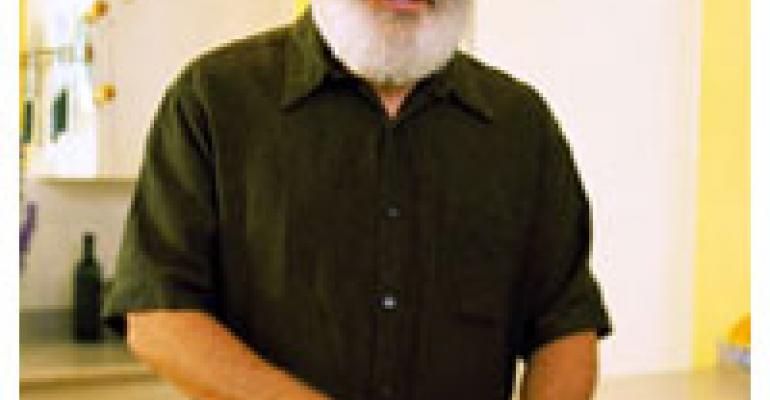 We’ll find out when it opens next month how good the food and service are at True Food Kitchen, Arizona restaurateur Sam Fox’s first foray into the California market. But the place already has perhaps the best celebrity tie-in possible in co-developer Andrew Weil, M.D. This healthful living guru has a vast following that looks to him for guidance in nourishing mind, body and spirit. In the age of healthful dining, should more operators consider this type of endorser?

Nobody is identified more with healthful eating than Andrew Weil, the Tucson, AZ-based pioneer in integrative medicine. He keeps many irons in the fire as he practices natural health and preventive medicine at his Arizona Center for Integrative Medicine. He’s been nationally prominent for decades, and he continues to spread his gospel through television appearances, best-selling books, and an extensive line of endorsed products. His online enterprise, www.drweil.com, gets 15 million page views a month and his enewsletter audience is 14 million strong. He’s the go-to guy for those who want to live forever and are willing to spend money to do so—which, it turns out, is an awful lot of people.

Weil licenses his Weil Lifestyle brand to ventures ranging from green tea manufacturer ITO EN to Alaska salmon supplier Vital Choice. But it wasn’t until he hooked up with Sam Fox that he got into the restaurant business.

Good choice. Fox’s restaurant group operates a dozen different concepts in Arizona, and has expanded a couple of them into other nearby states, including Colorado, Kansas and Texas. True Food Kitchen marks this experienced operator’s first foray into the California market, and he’s definitely coming in strong with Weil on board as a partner.

It’s not the first iteration of this concept. The pair collaborated on the original True Food Kitchen, which Fox opened in the Biltmore Fashion Park Mall in Phoenix in 2001. The Newport Beach restaurant has a similar upscale/retail location, in Newport Beach’s Fashion Island Mall. Fox chose a spot between Roy’s Hawaiian Fusion Cuisine and Fleming’s Prime Steakhouse for this venture.

It sounds exactly like the kind of meals Weil has been espousing for decades. The interesting thing about Weil is that when diet/lifestyle “experts” get to his level of fame and commerce, they quickly fade away because their program turns out to have been of little or no long-term value. Just about everything Weil advocates has been confirmed and reconfirmed by subsequent studies many times over, particularly on the nutritional front.

Which means that when it comes to healthful living, Weil has always been ahead of the curve. We’ll see if he can pull off the same thing in the restaurant business. With Fox’s able crew handling the day-to-day operational details, we think True Food Kitchen is in for a long commercial life.