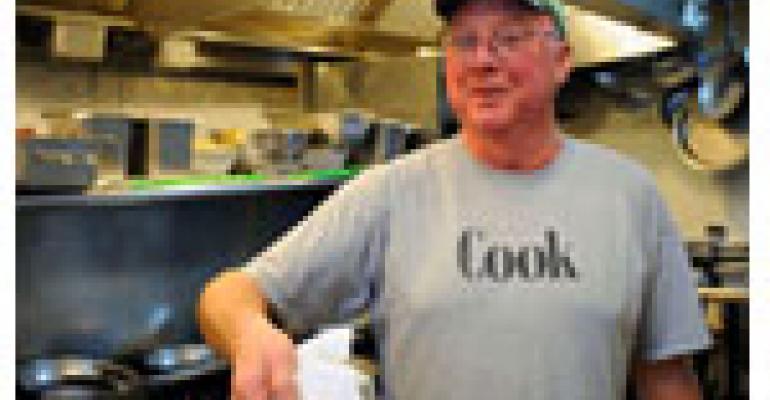 Chefs’ Salaries: How Do You Stack Up?

If you’re a female thinking about enrolling in culinary school to boost your earning power in the restaurant business, you might want to rethink your plan. That’s but one of the conclusions we can draw from the recently released StarChefs.com annual salary survey findings.

Nearly 1,400 respondents completed the survey, which quizzed them about their earnings in 2009. StarChefs sliced and diced the data to reveal, we’re shocked to say, that gender and race disparities remain alive and well, and that a pricey culinary degree probably won’t result in a better paycheck.

Women who responded to the survey—only about 10 percent of the total—made an average of $17,000 less than their male counterparts, or 24 percent. And race inequality was evident, with Caucasian executive chefs earning about 30 percent more than African Americans.

With all the talk of diversifying the industry, it’s perhaps surprising how much white chefs continue to dominate at the top. Three quarters of the chefs who completed the survey were white. Among chef/owners, 80 percent identified themselves as Caucasian, 10 percent Hispanic and 5 percent African American.

When it comes to education, traditional wisdom holds that a college degree will make a meaningful difference in the graduate’s lifetime earning power. The StarChefs data suggests that the rule may not apply to foodservice. The difference between culinary degree holders’ earnings and those without a diploma was a mere $300 a year—which might cover one month of student loan payments. Hands-on experience seems to trump classroom learning: Chefs who had endured unpaid stages earned $2,000 more than those who hadn’t; even better, those who had ventured overseas to work grossed $13,000 more last year than their less-well-traveled counterparts.

The good news here is that foodservice is still one industry where you can make it by putting in time at the school of hard knocks. The bad news is that workers don’t make much money while school is in session. Line cooks averaged $29,662. Plug in the average hours those cooks clock each week (49), and we’re talking about an anemic $12 per hour. This is for people who average eight years of experience. No wonder turnover remains such a big issue.

The survey did uncover one positive trend: after taking a hit in 2008, average salaries for many jobs (chef/owner, executive chef, chef de cuisine, pastry chef) rebounded. Sous chefs and line cooks lost some ground, earning an average of 4.4 percent and 2.6 percent less, respectively, than the year before.

The serious money, no surprise, is not in stand-alone restaurants but in hotel restaurants/catering and banquet firms, or in private clubs. Executive chefs in these three categories earned an average of $71,063, $87,713 and $91,860, respectively—about a 30 percent gap between lowest and highest.

In case you wonder how your work schedule compares to the average, here goes: Weekly, workloads range from an average of 45 hours for a private club chef (those guys who draw the nice salaries) to 62 for a chef de cuisine. The typical chef/owner or executive chef puts in a “traditional” 60-hour week.

More details on the survey can be found at www.starchefs.com.

Check out these articles on restaurant wages and hiring:

It Costs How Much When the Hostess Quits?

How to Keep Your Employees Happy