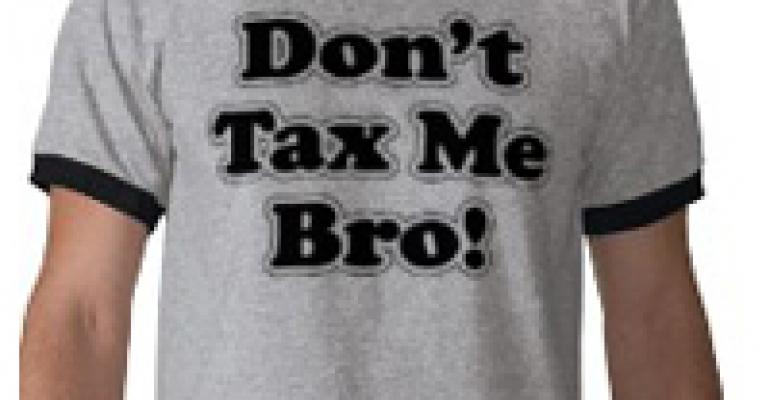 Restaurants owners in Omaha have lost their legal battle against a new dining tax imposed by the city. A similar tax proposal will go before voters in Fort Smith, AR, soon. And celebrity chef Roberto Donna is making $500 per month payments on his disputed tax bill to keep from going to jail. Is your town eyeing restaurants as a way to boost its budget?

Early last month, Omaha restaurant operators joined with the Omaha Restaurant Association in seeking a temporary and permanent injunction against a 2.5 percent “occupational tax” that applies only to restaurants. However, a judge turned them down on Sept. 30. The operators argued that it was just a sales tax in disguise (well above the sales tax threshold cities are allowed to impose in Nebraska) and would hurt business, too. The judge didn’t see it that way, so the new tax went into effect on Oct. 1.

The first issue that cropped up involved restaurant owners struggling to reconfigure their POS systems to accommodate the new tax. While they were at it, some operators set up their system to break out the tax as a separate line on printed receipts, labeling it “the mayor’s tax.” City of Omaha officials, who had already built revenue from this restaurant tax into its budget, say the new funds will be used to stave off shortfalls in police and fire pension funds.

Omaha attorney Woody Bradford, who argued the case for the restaurant owners, sees the verdict as an ominous sign. “The danger here is if they can pass this kind of tax without a vote of the people and without the Legislature, then their ability to tax is unlimited,” he says.

At least people get to vote on the proposed Fort Smith restaurant tax. Formally known as a “prepared food tax,” it adds a one percent tariff to all food prepared and sold in the city.

The revenue will go to support the city’s failing convention center, whose finances are in desperate need of a new funding source. They will also help underwrite the city’s new U.S. Marshals museum.

These are worthy recipients, local restaurant operators say. They just don’t get why the burden of bailing them out should fall on restaurant operators. Officials expect this tax will be submitted to Fort Smith voters in a special election next spring.

But you’d better not get too creative if your town decides to patch its leaky budget by imposing new taxes on your restaurant business or more vigorously collecting existing ones.

That’s what esteemed Washington, DC, chef Roberto Donna did at his now-shuttered Bebo Trattoria in Arlington, VA. In June, he was found guilty of withholding sales taxes and late fees and sentenced to five years in prison. If Donna pays what he owes—$157,246—he can avoid jail. He’s been paying it back at the rate of $500 a month, so he’s good to go for now. In fact, he has just opened his new restaurant, Galileo III, in Washington, DC. The 80-seat restaurant is located at 600 14th Street NW, just steps away from the White House.

Donna’s not the first restaurant operator to get nabbed for holding on to tax receipts too long. But the fact that local officials would file a criminal charge against him shows how serious cash-strapped municipalities and counties have become about collecting back tax payments. And the actions in Omaha and Fort Smith indicate how vigorously government entities are pursuing new taxing opportunities in a time of diminished revenue. When budgets get tight, restaurants are seen as an easy target. Get ready.