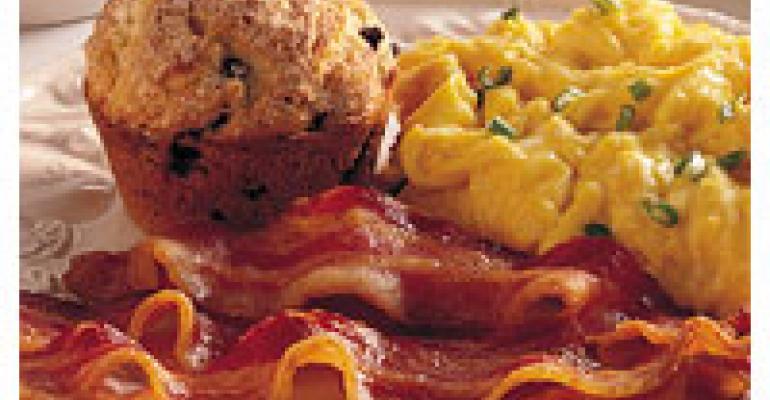 Wholesale egg prices are up 40 percent because of the current recall. Pork bellies—that’s where bacon comes from—just hit an all-time high of $1.42 a pound. The price of raw coffee beans now sits at a 13-year peak. Breakfast, the fastest-growing part of the foodservice business, once provided full-service operators with their best margins. Now what?

Weak economies like the one we’re in now normally put a damper on food price increases. But that’s not what’s happening to three of the most important commodities restaurant operators serve at breakfast and elsewhere during the day. Since we’re in an environment when it’s risky to just pass along the increased costs to customers and hope for the best, let’s take a look at how long the pain is likely to last.

Shelled egg prices are up because of the fallout from the salmonella-related recall now going on nationwide. For safety reasons, some operators have switched to pasteurized liquid eggs. Either way, be prepared to pay more into the near future until supply and demand balance out.

It’s a different story with bacon. Once a breakfast staple, it’s now used in every daypart and appears on many areas of the menu, up to and including dessert. Couple increased operator demand with this year’s three percent reduction in the number of hogs and you get higher prices.

But should they be as high as they’re spiking now? It’s not just that the price of pork bellies has gotten so high, so fast. Commodity traders point out that the premium paid for them over the price of live hogs, whose price has not climbed as much, has expanded dramatically. Last year at this time, live hogs sold at 50 cents or below per pound, while pork bellies were priced at between 60 and 70 cents. Today, live hogs are going for 82 cents a pound while the bellies are setting an all-time record of $1.42 per pound. It’s a huge spread, but at least the surge in pork belly prices hasn’t caused the price of other cuts to rise.

Pork market experts suggest that the cost of bacon will get worse before it gets better. That’s the same forecast coffee analysts are giving. Prices of raw beans are way up, particularly for higher-quality Arabica beans. However, upcoming harvests in key coffee-growing regions around the world look good, suggesting that prices could return to lower levels once the new supply hits the market.

Painful as these commodity price spikes might be for full-service restaurant operators, it could be worse. That’s especially true for coffee, where restaurants at least have plenty of margin to work with if they choose to absorb the current price hikes. Grocery stores don’t. They have little choice but to pass the increases along right away.

Eggs, even at their currently inflated price levels, remain a relatively low-cost protein item by restaurant standards. Their increase can likely be absorbed. As for bacon, because it is so flavorful, a little can go a long way in many dishes, or portion sizes can be adjusted in sandwiches and other uses. Barring that, it’s the one food item we’re talking about here where you could probably raise prices to cover the difference with little-to-no effect.

So there’s hope that full-service restaurants can ride out these price fluctuations. It might not be so easy for the many QSR chains that have lately come to dominate the breakfast market. According to NPD restaurant industry analyst Bonnie Riggs, 80 percent of the 12 billion morning meals served in restaurants each year are sold by QSRs. This segment’s push into specialty coffees and breakfast sandwiches has been successful, but could now hit the wall as the price of three of the key ingredients that have accounted for most of the growth is going through the roof.

Yet breakfast is a key going forward, says Riggs.

“There is a lot of activity around the breakfast daypart right now, with chains expanding into the daypart, and the addition of breakfast menu items, promotions and deals,” she says. “Currently only one out of ten breakfast opportunities is satisfied by foodservice, and there are more breakfasts skipped than served in restaurants, all of which means that breakfast is a significant growth opportunity for the foodservice industry.”

Prices might be high right now, but full-service is better able to deal with them than most QSRs. If you want to position your restaurant to capture a greater share of the upcoming growth Riggs is talking about, the time to re-strategize your breakfast offerings may be now.