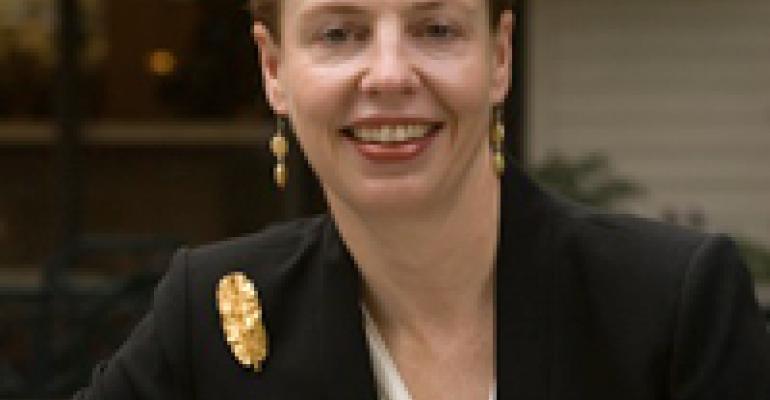 The Out-of-Towners: Will the Big Easy Outbid the Big Apple?

No sooner did Restaurant Hospitality’s story on the bidding war for control of legendary New York City restaurant Tavern on the Green hit the streets (see the April 2009 RH, p. 24-25) than the battle for this lucrative prize really began to heat up. So far, the potential bidder stirring up the most buzz is a non-New Yorker: Ti Adelaide Martin, who runs the Brennan family’s legendary Commander’s Palace restaurant in New Orleans. Not only is she an outsider in this competition, much to the chagrin of the New York City restaurant titans who thought one of their own would ultimately prevail; Martin also has the qualifications and backing to win.

Situated on a priceless piece of real estate within New York City’s Central Park, Tavern on the Green (TOG) is a nonstop cash machine for two reasons. It’s near the top of the list for gross revenues ($36 million in 2008) and near the bottom for cost of occupancy (2008’s share of the gross paid as rent to New York City: $1.2 million). By almost any other measure that makes a restaurant valuable—location, foot traffic, neighborhood demographics, center-of-the-world ambience—there’s no place like TOG.

The LeRoy family has controlled TOG since 1974, when the late Warner LeRoy began turning a then-nondescript restaurant into the juggernaut it is today. Warner LeRoy’s daughter, Jennifer, has run the family business since her father’s death, and the lease is up at the end of this year. As you can imagine, she will pull out all the stops to keep her family’s hold on the business.

But the New York Parks and Recreation Department wants Tavern on the Green to become a lot better than it is today. That’s why it’s requiring prospective leaseholders to spend big money up front to make needed capital improvements to the building. And it wants better food, too (Tavern on the Green scored a paltry 17 for food in the latest New York City Zagat Guide). The department hoped that an open competition for a new 20-year lease would attract restaurateurs with deep pockets and lofty food ambitions.

But even the Parks Department people must have been stunned at the restaurant royalty that turned out for the recent pre-bid walk-through. Danny Meyer’s Union Square Hospitality Group, Giuseppi Cipriani, Donald Trump’s people, Sirio Maccioni’s representatives and Smith & Wollensky founder Alan Stillman were just a few of the bright lights to take the tour. It was like a living hall of fame of New York City restaurateurs.

In addition to getting a behind-the-scenes look at the facility and the condition of its equipment (in a word, aging) the 60 attendees also got to size up each other as they contemplated what to include in their bid. The LeRoy family has already indicated it will outspend any and all competitors, but they have to submit their bid at the same time as the others. They won’t know what number they’re trying to beat.

It didn’t take long for the New York crowd to size up Ti Martin and conclude that she was a wild card in what they thought was going to be a game of inside poker. Martin told the New Orleans Times-Picayune she was surprised that her fellow restaurateurs took such notice of her presence.

“I can’t fathom why they were so interested other than the fact that we’re from out of town,” she says. “I also like to think that that it’s also because we’re not half bad and a lot of people run tiny little restaurants. The Parks Department wants this to be a great restaurant, one of the great restaurants in New York.”

If so, leasing Tavern on the Green to the Brennan family makes a lot of sense. Commander’s isn’t quite as big as the 25,000-sq.-ft. TOG, but it’s close. More importantly, it operates on the same grand scale as TOG. It’s routine for Commander’s to handle hundreds of a la carte patrons in its dining room while simultaneously serving multiple private dinners out of the same kitchen. Few if any of the other bidders are experienced with doing this sort of volume day in and day out while maintaining lofty standards for food.

Its bigness aside, Commander’s is a well-known brand and has a national reputation as a culinary destination. Its chef lineup over the years has included Paul Prudhomme, Emeril Lagasse, the late Jamie Shannon and current executive chef Tory McPhail. Can you name the current chef at Tavern on the Green off the top of your head right now? Or any of its past chefs?

And when it comes to hospitality, Commander’s is regarded within and without the restaurant industry as the gold standard, pulling it off with genuine style and warmth every night. It all adds up to a Commander’s being a formidable challenger for the Tavern on the Green lease.

And we can only imagine what could happen at the public hearing to be held by the Parks Department’s Franchise and Concession Review Committee if Commander’s is the designee. Ti Martin would likely bring along her mother, Ella Brennan, who will have picked up her lifetime achievement award from the James Beard Foundation in the month just prior to the hearing. Public hearings in New York are famously contentious, but who’s going to complain about Ella Brennan being involved?

Martin isn’t 100 percent sure she will actually make a bid. “The package would be in the $25 million range,” she says, “and we haven’t finalized that task. We are seeking investors and putting the package together and we are really serious about it. But we don’t have much time.” Perhaps the extended deadline—it’s been moved from May1 back to May 18—will help.

One factor every bidder must face is the name of the restaurant isn’t part of the deal. The LeRoy family controls it, and has said it will cost any new owners a cool $19 million to purchase the rights to that name. That could be a deal-breaker for many of the interested parties. But Commander’s Palace may be the only bidder that controls the rights to a restaurant name with equal cachet, or perhaps greater cachet. It could provide a huge edge in their final bid package.

We’ll say it again: Never has a restaurant of Tavern on the Green’s stature been up for grabs like this. Insiders expect five or six serious bids, each from a person or group that can claim they are best able to give the Parks Department the kind of restaurant it wants. Whoever prevails—we’ll know when the Parks Department announces the winner in July—will walk away with a big, big prize.