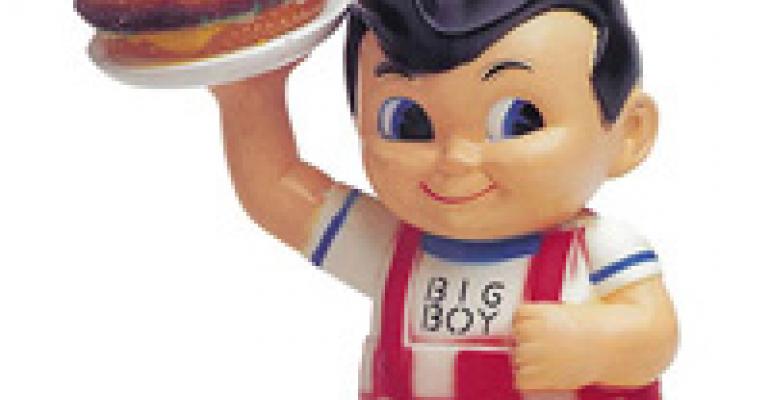 The concept seems stuck in the 1950s. The menus are strictly old-school. And the pace of unit expansion is funereal. In fact, nothing is very sexy about Cincinnati-based Frisch’s Restaurants, Inc., except its financial performance over time. It has reported a profit every year since going public in 1960, and paid cash dividends to shareholders every quarter (196 in a row) during this period, even during lousy economies like this one.

We were taken aback recently when an investment analyst called to ask our opinion of Frisch’s Restaurants. Our knowledge of the company’s primary concept, Big Boy Restaurants, was limited, dating back to our high school days. We didn’t even know it was publicly traded (it is: FRS on the American Stock Exchange). The most we could tell the analyst was that, given the current burger craze, this full-service family style restaurant was in a good position and that its concept seemed to have legs. After all, its first unit, Big Boy One, opened in Cincinnati in 1948. There has been steady expansion since, but it’s been slow. But other than that, Frisch’s seemed to be the kind of restaurant company that had been bypassed by hundreds of more aggressive competitors ages ago.

Then we started asking some questions of our own. Given dozens of high-profile restaurant stocks to choose from, how could any investor possibly be interested in Frisch’s? Why not put your money in a fast-growing can’t-miss company like Chipotle or Darden or, given the takeover battle that seems about to break loose, Landry’s? Not to mention the industry’s most- proven money-making stock, McDonald’s, which has been paying dividends since 1976. That’s a long payout history, although not nearly as long as Frisch’s.

The analyst replied that his pension clients loved steady dividend-paying stocks like Frisch’s. The all-time champ in the restaurant stock universe had been Dairy Queen, a nonstop money machine famous for paying out steadily rising dividends throughout its existence as a public company. But investment genius Warren Buffet had bought all of Dairy Queen’s stock and taken it private long ago. To the analyst’s eye, Frisch’s looked a bit similar to DQ, particularly because its concept, Big Boy, was a household name and the company paid steady dividends, two keys of Buffett’s investment thesis. To a pension manager, boring is beautiful, as long as the dividend checks roll in.

Frisch’s Big Boy is certainly a concept that has stood the test of time. There are 88 company owned units, with another 26 franchised units operated by licensees. Separately, it licenses Big Boy restaurants to another set of operators who do business in certain parts of Ohio, Kentucky and Indiana. The company also operates 35 Gordon Corral buffet restaurants in this same market area. Its cool factor is near zero, its balance sheet is flawless.

How come? Frisch’s success shows the power of an enduring brand, even if you don’t have the biggest brand or the most units. It also demonstrates that a regional approach works well, something that so many chains that have tried to expand nationally and failed wished they had learned earlier in the game.

We just hope that one of these years, Frisch’s gets its due. In the meantime, patient investors are content to enjoy its slow-but-steady approach to the restaurant business. When the pension-fund managers start looking at a restaurant stock, you know the concept will likely be around for a long, long time.