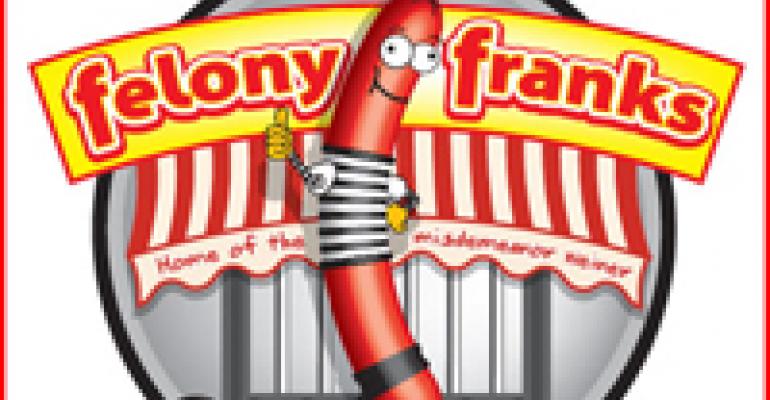 An Antidote to Recidivism: Felony Franks

Here’s what is depressing about the opening of Felony Franks, a Chicago hot dog restaurant that aims to rehabilitate former convicts by giving them steady jobs. Six hundred felons applied for the operation’s $8 per hour jobs; 12 were hired. That leaves 588 ex-offenders wandering the Windy City with one more piece of bad news to digest about their post-prison life. But it’s so far so good at the restaurant, which opened on July 13 in a city where the 1,800-unit strong hot dog stand segment has a decidedly larger unit.

We hope the former felons rejected by Felony Franks weren’t psychologically crushed by the experience. Stereotypes aside, most of them have plenty of problems to deal with already. It’s hard for ex-offenders to get and/or keep jobs post-prison, and it must have been especially tough to be turned away from entry-level work at a place specifically designed to hire people exactly like them.

But that’s part of what accounts for the unusual theming behind the Felony Franks concept. The restaurant is the idea of Chicago businessman Jim Andrews, who has also created the Rescue Foundation to help ex-offenders work their way back into the mainstream.

There are two primary schools of thought regarding ex-felons, whose crimes range from the stupid to the violent. The give-’em-a-chance crowd points out accurately that even after felons complete their sentences, society continues to punish them for life. The other side of the argument is that recidivism rates among released felons can run to 60 percent or more, a staggering figure that convinces many normally inclined to forgiveness to leave a wide berth when it comes to felons.

We’re not advocates for either side, but you do have to acknowledge Andrews’ willingness to tackle the issue head-on via a restaurant. And Felony Franks is about as head-on as it gets. Customers at this Near West Side neighborhood operation are asked “Are you ready to plead your case?” when it’s time to order, and must also specify whether they want their food “out on good behavior” (i.e., takeout) or if they prefer to “serve time” in the dining room. The brief menu offers such options as the “misdemeanor wiener,” “pardon burgers,” “burglar beef,” “handcuffed tamales” and “freedom fries.” The concept’s primary marketing slogan: “Food So Good It’s Criminal.”

Business has been strong in the opening weeks. We’ll have to see how well basing a restaurant on an issue like this plays in the marketplace. You never know; while some potential patrons may be turned off, others may want to support the cause. “I give it an A for creativity,” Technomic’s Ron Paul told ABC News. “For the rest of it, we’ll have to see in three to six months.”