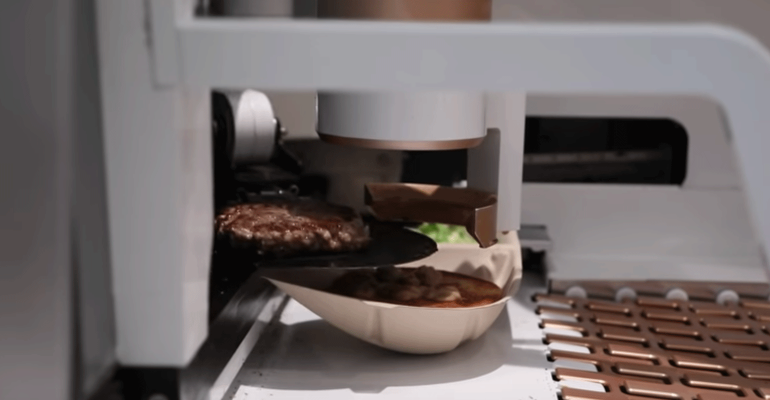 At Creator in San Francisco, a robot works the line

In an interview with TechCrunch, Alex Vardakostas, CEO of Creator, formerly known as Momentum Machines, talks about the process of inventing his burger-making robot. The new tech is the backbone of the startup's first restaurant in San Francisco.

Burgers at Creator are priced at $6 and the staff are paid $16 hourly, as mentioned in the video.

With a robot in charge of flipping and other repetitive aspects of kitchen work, the staff are freed up to enhance their skills and spend "five-percent time" on the clock to pursue their interests, according to Vardakostas.