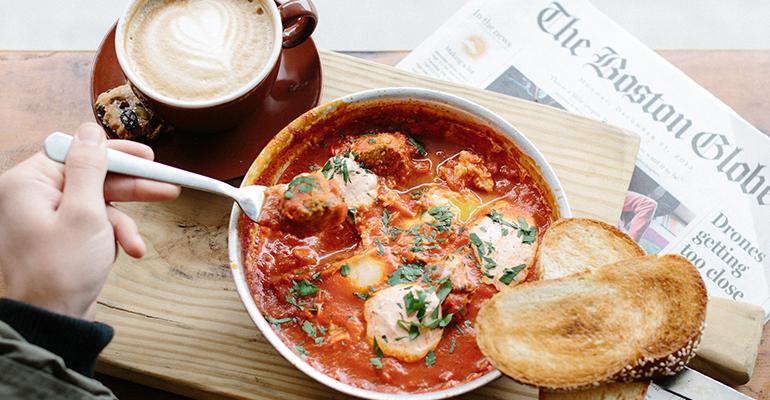 These chefs are Israeli cuisine’s top advocates in the U.S.

The rising popularity of Israeli cuisine follows a predictable pattern. It reflects the current geopolitical zeitgeist, features foods and flavors that are accessible to a mainstream audience and requires ingredients that can be sourced here without too much difficulty.

Most importantly, it also boasts a powerful secret ingredient in the form of mediagenic chef advocates, who take comfortably to local, national and digital media to promote their cause. The presence and impact of these champions represents the new dynamic in culinary crossover and takes a leaf from the Korean-American playbook. Our recent embrace of Korean-inflected foods received an unprecedented boost from high-profile chefs who achieved rock-star status on both coasts and in numerous cities around the country; now Israeli-American chefs are following suit. 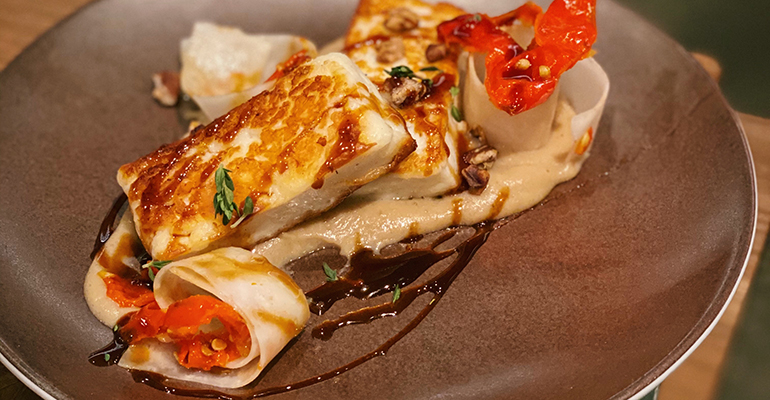 Alon Shaya was born in Israel, raised on cheesesteak in Philadelphia and earned two James Beard Awards for his work at Shaya, his former restaurant in New Orleans. At Safta, his current Denver outpost, he deftly offers the standards like falafel and Fattoush, schnitzel and shakshuka, while also nodding to his environment with specialties like Labneh Cheesecake, an American dessert favorite that he creates from a Middle-Eastern cheese and finishes with exotic orange blossom granola and pomegranate caramel.

Zach Engel proves that the gastronomic apple doesn’t fall far from the tree, as he nabbed his own James Beard Award as Rising Star Chef in 2017 while under Shaya’s mentorship. Engel has since gone on to open Galit in Chicago. The bill of fare reflects the melting pot of Middle-Eastern cuisine, as with salatim, small salads that pique the taste buds with Yemenite, Israeli and Bulgarian pickles, or Turkish ezme, a tomato-and-pepper mélange with walnuts, chives and hot garlic. Engel makes his own sly bow to his Midwestern location: His steak entrée comes with a side of schmaltz-fried potatoes. 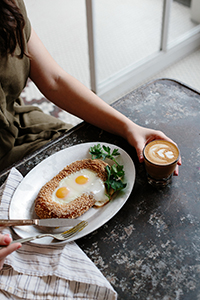 Photo: Eggs in a Hole at Tatte in Boston

Engel also worked with Michael Solomonov, the ground-breaking Israeli-born chef, whose Philadelphia restaurant, Zahav, was named best in the country in 2019 by the James Beard Foundation. The menu offers traditional Israeli preparations like laffa bread baked in a wood-fired taboon clay oven and Lamb Merguez grilled over hot coals with beet-pickled turnips. There are also appealing vegetarian plates like eggplant with lentils, mango, freekeh, pistachio and rice pilaf.

Solomonov is assembling a small restaurant empire that includes six locations of Federal Donuts, an early entrant in the fried-chicken-and-doughnuts segment that sprang up several years back, the first unit of which, coincidentally, was opened by Engel.

The Israeli food boom also shares with the Korea crossover a strong cohort of creative female chefs and restaurateurs, who are establishing themselves by advocating for their cuisine.

Tzurit Or has been building buzz and business in Boston at Tatte, her 15-unit bakery cafe. The bakery menu boasts breads and sweet goods, including authentic Jerusalem bagels, which star in the Eggs in a Hole breakfast/brunch plate, and krembos, lighter-than-air Israeli confections, in which meringue and chocolate ganache are encased in dark chocolate. 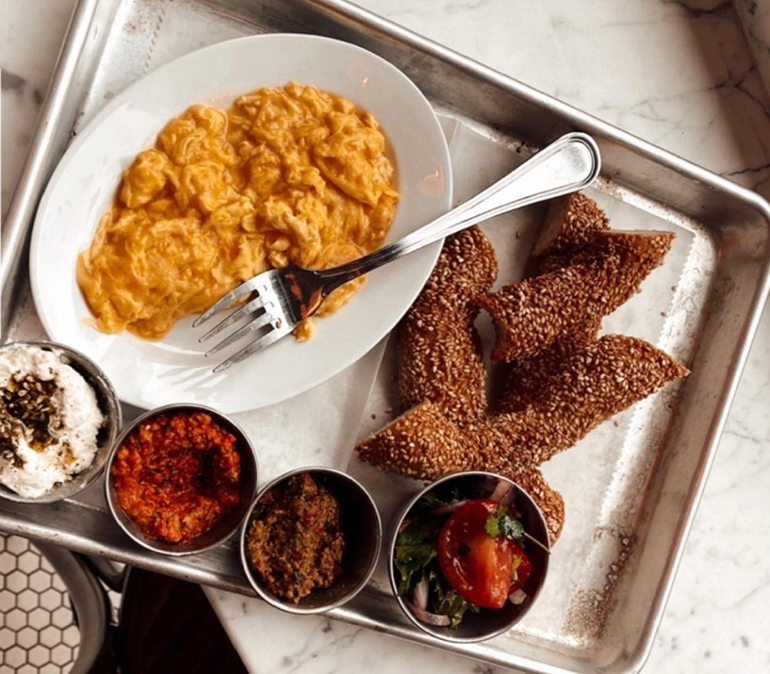 Or has grabbed lots of attention in the national press recently, and along the way she has also snagged investment from Ron Shaich, founder and former CEO of Panera Bread.

In New York City, Einat Admony has developed a restaurant portfolio that includes full-service Balaboosta, the Yiddish term that means the perfect housewife and mother. The name speaks to the restaurant’s emphasis on warm hospitality, which the bill of fare delivers with mains like Lamb Neck with tamarind-lemongrass glaze, chestnut freekeh and pickled sunchokes. By contrast, Admony’s six-unit, fast-casual Taïm invites diners to “behold the chickpea” and showcases that legume in falafel and hummus sandwiches, salads and platters.

Tal Baum’s Oliva Restaurant Group in Atlanta operates Aziza, which serves modern Israeli cuisine in a sophisticated setting, and it sits cheek-by-jowl with her Falafel Nation, a street-foods, grab-and-go storefront location. Baum’s newest, Rina, is an Israeli diner named for her grandmother that dishes up comfort food inspired by shipudiya, or skewer houses, like the Beef Kebab with garlic pita, sumac onion and tomato brown butter. This can be washed down by Israeli-inspired milkshakes made with Turkish coffee or with tahini, dates and honey.

Patrons in search of stronger stuff can opt for cocktails that may include harissa, tahini, turmeric or tamarind. Among the libations on draft, The Tzuk invokes a Tel Aviv beach vibe and is made with spicy tequila, grapefruit and fresh herbs.

Correction: March 6, 2020 This article has been updated to correct the spelling of Tzurit Or's name.