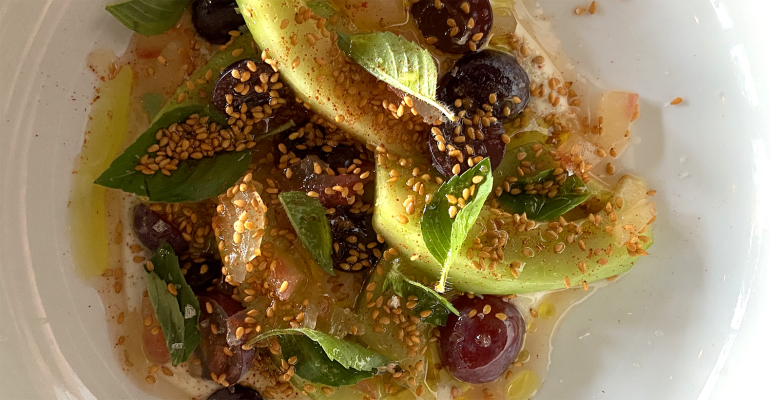 Chef Glenn Osterberg uses raw, cooked, and preserved versions of it across the menu

Rhubarb is not the type of ingredient many chefs get to play around with for very long, but due to connections with a local producer whose land has a long growing season, coupled with preservation techniques, chef de cuisine Glenn Osterberg at Rhubarb restaurant in Asheville, N.C., uses it in all year long.

"Right now we have it on the burrata with tomatoes, and it's raw, which gives texture and acidity," Osterberg said. "Honestly, raw is my favorite way to eat it,  it's like a tart apple and it has a nice bite."

But that’s just one of many ways the chef uses it. He also dries the long, green-pink stalks, powders them and mixes that with salt, sugar and sumac to create a cure for duck confit. One of his cooks is currently working with rhubarb and Fresno chiles to make a hot sauce. 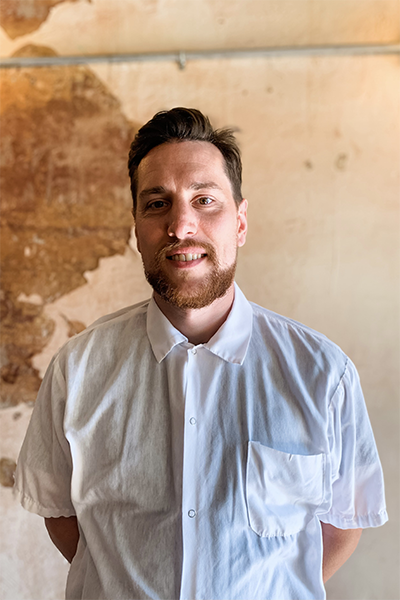 While one team member does that, Osterberg is working to prefect a rhubarb-enhanced steak sauce that one day, he said, he will call R.1. as a rift on the classic A.1. steak sauce.

One of Osterberg's favorite ways to work with rhubarb is to make his version of umeboshi, normally made from plum. Using the Japanese preserving method, the chef brines rhubarb until it's flimsy, almost like cooked asparagus. Then he packs the stalks into sugar and lets it sit for days. The result is a sweet, bright and slightly salty condiment.

"It tastes like childhood candy, like if rhubarb had a Jolly Rancher flavor to it, but you can't quiet put your finger on it," said Osterberg. "It's a nice way to cool down spice and add acidity, so I put it on burrata with figs and chop it into a chow chow," referring to a type of relish popular in the Southeast.

The liquid leftover from the process gets sent to the bar and used in cocktails. It turns out that rhubarb and gin are great together, he said. The after-product also tastes good in the restaurant's house-made whey soda, giving it a sweet and salty kick. 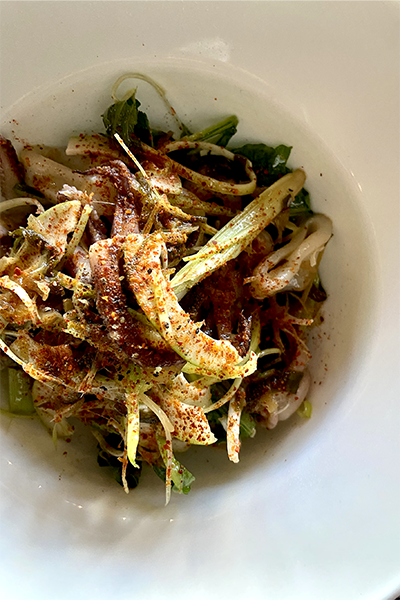 Having access to so much rhubarb for so long is what makes all these iterations of the ingredient possible. Rhubarb normally is a spring and sometimes late fall crop, but Rhubarb chef and owner John Fleer developed a relationship with a man who has a large patch of rhubarb on land tucked into a micro-climate. Because the mountain farm doesn't get too hot, the rhubarb thrives from about April to October. The rhubarb patch has been in the same family for generations, and some plants have been going strong for 100 years.

"I am trying to use it in ways that are unfamiliar, but has familiar flavors to people," said Osterberg.

He buys around 30 to 50 pounds of rhubarb a week from Fleer’s friend, and sometimes gets rhubarb from other farms as well. When rhubarb isn't in season, the menu features the vegetable in jams, powders, pickles, hot sauce and other preserved preparations.

Before joining the Rhubarb team in March of 2021, Osterberg worked for chef Matt Kelly at Saint James Seafood in Durham, N.C. While he knew a lot about the ingredients used in Appalachian cooking, it wasn't until joining the team in Asheville that he really got to dive into using them.

"With rhubarb it's about out-of-the-box thinking. We just like to mess around with it and see what we can do," said the chef, who at the moment is working on a dish with house-cured lardo and rhubarb jam.

Osterberg has two or three dishes featuring rhubarb in some form at any given time, not including desserts, which get handled by the pastry chef.

"I always try and have a few on the menu, but don't try to overload it so it's not gimmicky," he said. "We do have a lot of good things beside rhubarb to try."