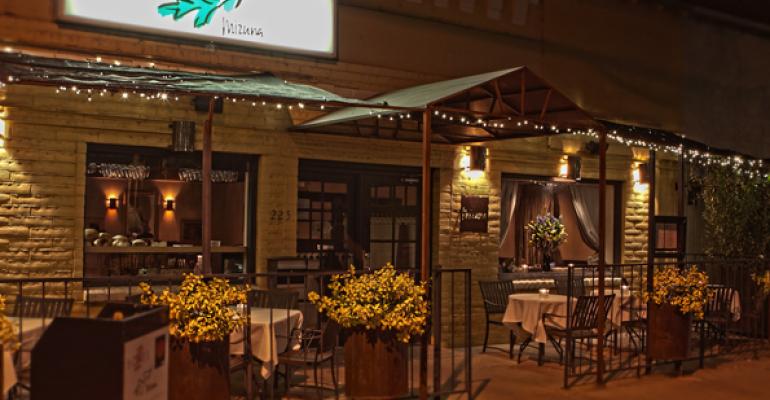 Frank Bonanno is no longer the chef at any of his restaurants, but on any given night, odds are you’ll see him working the line at one of them. Cooking is still his passion, but after opening nine different concepts (plus a pie shop) in 12 years, he’s proven just as successful a restaurateur. The three-time Beard-nominated chef (Southwest region) has now been nominated for best restaurateur the last five years. His first, Mizuna, is the most decorated, but he didn’t follow the same formula with the rest. Luca d’Italia (try the house-made salumi) and Osteria Marco (Luca’s more playful younger brother) followed, and then came an Asian concept (Bones), a cocktail bar (Green Russell), a food bar (Lou’s), a smokehouse (Russell’s) and a pizzeria (Bonanno Brothers). All reflect the refined French technique Bonanno learned in school and while working for Thomas Keller. He now passes on that knowledge to his chefs, and gives back to the industry and local community by offering classes covering his favorite topics (butchery, pie making, knife skills, grilling, cocktails and more) throughout the year. The rest of the country will get a chance to see what makes Bonanno so successful in an upcoming PBS show he’s now filming (Chef Driven). Here’s a hint: his passion.