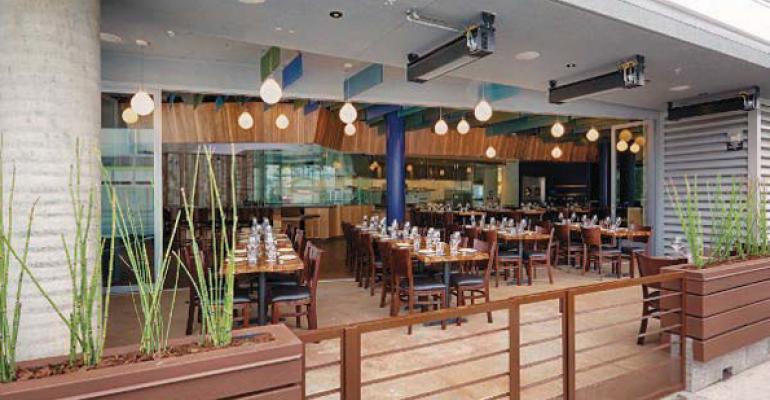 Given the repetitive predictions that Peruvian cuisine will become the next big ethnic food trend—Gourmet website epicurious.com first singled it out back in 2008; six years later the National Restaurant Association’s What’s Hot in 2013 Chef Survey still ranks it as the number one just-about-to-happen trend—the question has to be asked: what’s the holdup here?

It’s not the food. Peruvian cuisine is healthful, delicious and diverse fare that fits neatly into the way U.S. consumers dine today. Yet only a relative handful of restaurants around the country have made a go of it specializing in Peruvian cuisine. What’s been missing has been a format that makes Peruvian food fun and accessible for mainstream patrons. Chef Ricardo Zarate may have discovered one at his new Paiche, a small plates-focused Peruvian restaurant he opened in Los Angeles’s upscale Marina del Rey area last April.

If anyone can make Peruvian food fulfill its seeming destiny, it’s the 40-year-old Zarate. A native of Lima, Peru, he was a 2011 Food & Wine “Best New Chef,” honored then for his work at his first two Peruvian outposts in L.A., gastropub Mo-Chica and cantina-style Picca. Both are still going strong.

The new Paiche (pronounced “pie-ché “) takes a different approach. On paper, this concept seems like a bit of a head scratcher—it’s a “Peruvian izakaya.” In practice, Paiche looks like the kind of sexy Latin spot that could finally make this cuisine take off.

Zarate, who spent a dozen years cooking in high-end Japanese restaurants in London before coming to the U.S., knows from izakayas. It’s a style of restaurant that combines a drinking house with small plates. The idea is to sample several dishes, not fill up on just one of them. At Paiche, patrons are encouraged to be adventurous when choosing the four or so items that will make up their meal. This approach is ideal for a cuisine where customers may not be familiar with much, if anything, listed on the menu.

Peruvian cuisine is complex. It’s a blend of the country’s indigenous Incan food plus influences drawn from the country’s subsequent waves of Spanish, African, Italian, French, Chinese and Japanese immigrants. Many other ethnic cuisines that have caught on in the U.S. are built around simple street food and a few inexpensive and somewhat familiar ingredients. Peruvian dishes are more sophisticated. Skillful preparation is a prerequisite, which is where someone like Zarate comes in.

Peruvian food may be a melting pot of many culinary influences, but the Paiche menu draws heavily on Zarate’s formative years spent working in Japanese restaurants.

“Peru has the largest Japanese community outside of Japan, and Japanese cuisine has been a large part of my training as a chef,” Zarate says. “This restaurant is izakaya-style, which means it is a meeting place for friends to enjoy great food and drink. Paiche’s menu will showcase the best of my country’s cuisine combined with the flavors and techniques I love from Japan, and I’m excited to show people what that means to me.”

A look at the menu

The 62-item menu is presented in eight sections: Abrebocas & Ensaladas; Ceviches Sashimi Style; Tiraditos; Causas & Sushi Rolls; Anticucho Grill; Frituras; Cocina Caliente; and Verduras. It’s a wonderland for aficionados of Peruvian cuisine. For everyone else, i.e., the many neophytes bewildered by the many unfamiliar options offered on this menu,  the small-plate approach is a godsend.

Paiche is the still-thriving prehistoric fish after which the restaurant is named.

The alcoholic beverage component is a big part of the izakaya experience, and Paiche makes the most of it. The cocktail menu, as exciting and challenging as the food, is huge. There are 148 options in all including 10 piscos, 17 mezcals and 37 different types of rum. All four of the whiskey options are from Japan.

The 42-bottle wine list limits itself to wines from South America and Spain, with the exception of a handful of French champagne. Twenty-two wines are available by the glass, priced in the $10-$14 range. There’s Japanese sake and beer, too.

Paiche, like Zarate’s other two concepts, demonstrates he knows how to make Peruvian food come off as fun, contemporary and, most of all, accessible to the masses. If any chef can make all those Peruvian-is-the-next-big-thing predictions come true, Ricardo Zarate is the guy.