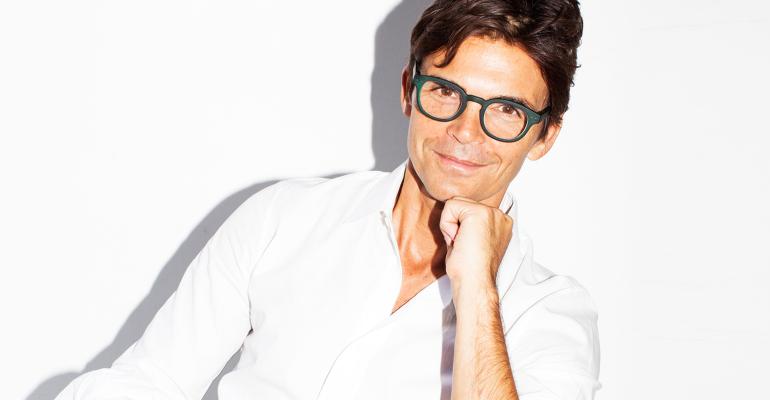 The chef and businessman sees boundless opportunity in vegan foods

Anyone who thinks meat is an essential ingredient to a successful food business hasn’t met Matthew Kenney, the Los Angeles-based chef behind a growing plant-based dining empire.

Under the new Plantlab umbrella, Kenney aims to bring vegan dining to the mainstream.

“My big-picture goal is for plant-based consumption to be the norm instead of the exception,” Kenney said. “And I do think there’s a tipping point we’ll reach some day where the foods we eat will be plant centric. Not necessarily plant based, but plant centric.” First, there is a growing portfolio of restaurants.

The fast-casual Make Out in Los Angeles offers cold-pressed juices, acai bowls and avocado toast. Kenney said the group is looking to license the concept domestically and internationally.

The group already has two licensed concepts: Matthew Kenney NM in the Beverly Hills Neiman Marcus and Plnthouse at the 1 Hotel in Miami. With a partner, the group also operates Plant Café in Bahrain. "Pizza is the world's most popular food, and I felt there should be a healthy way to enjoy pizza,” Kenney said. “It’s a way to broaden the market."

Coming this year are at least two new restaurants: Oliver’s is scheduled to open in June, in Montecito, Calif. The restaurant is backed by wealthy cell phone pioneer Craig McCaw. Kenney described the concept as “a little more smart casual, relatively high end, but still approachable, with a sense of fun and whimsy.” In London, the restaurant Essence is also planned in partnership with a nightclub operator there, offering a more casual, mostly raw-food menu, Kenney said.

"It will be a casual concept with mostly raw cuisine, the style we are known for, and a really beautiful, modern architectural setting," he said.

The group is also testing a new vegan ramen concept called Arata, with a pop-up scheduled in Venice, Calif., in April.

Also in the works is a new vegan dessert concept, not yet named, which Kenney described as “Lady M meets raw food,” referring to the boutique dessert chain known for its crepe cakes.

Kenney said the new dessert concept will be “colorful, with a little dine-in and take-out, and cool things like a beet cappuccino with almond milk, and strawberry biscuit cheesecake.” In addition to the restaurants, Kenney is building an education program under the Matthew Kenney Culinary Academy banner, teaching plant-based food techniques.

So far the school has permanent locations in Venice, Miami, Maine and, soon, Stockholm. A temporary program in New York is also scheduled to become permanent, and classes this year will be held in London, Paris, Barcelona, Berlin and Sydney, Kenney said.

Classes are also offered online, serving about 1,000 students a year. This year, Kenney expects to launch a more comprehensive online platform that will include a wellness program, shopping and a Facebook-like network to build community.

Add to that cookbooks — Kenney has a 400-page coffee-table tome coming out in October — and wellness retreats in gorgeous locales like Hawaii.

In addition to all that, Kenney is also working on developing retail products, including a line of frozen vegan pizzas. While Plantlab’s reach may seem broad and vast, the six segments in which it operates are very integrated, Kenney said.

For instance, a kimchi dumpling developed for one of the restaurants could make its way into a book, or become part of the curriculum at the school, or appear on the wellness retreat program.

“I spend a lot of time on innovation, just trying to come up with new ideas,” Kenney said. “We are a company that focuses on new ways of creating healthy foods that can appeal to the mass market.”

To some, Kenney’s name is synonymous with a raw-foods philosophy. That’s how he prefers to eat, he said, but Plantlab has broadened its focus to include some cooked foods, like pizza, or ingredients, like certain root vegetables and legumes, that don’t lend themselves to raw preparations.

“I personally eat a mostly raw diet,” Kenney said. “I love really, really clean, completely unprocessed food. So I’ve been living on a mostly raw diet for many, many years, and I’m almost 100 percent, though I don’t mind if I eat a piece of bread, or a piece of pizza, or whatever. But that’s my passion, and it’s a big part of my brand.”

All of Kenney’s restaurants include a variety of raw-food options, he said. “And when we do cook, it’s in a conscious way,” he said. “It’s not fried and grilled and charred.”

With more Americans making a commitment to plant-based eating, there’s a world of opportunity ahead for Kenney’s style of cooking. Sales for Plantlab are expected to top about $20 million this year, and double that next year, he said.

High-end chefs like Jean-Georges Vongerichten have opened vegetarian concepts, and the famed René Redzepi has said he could see his restaurant Noma, in Copenhagen, going vegetarian in 10 years or so, Kenney said.

“We’ll see more of that,” he said. “I want to do what I can to expedite that transition and that tipping point.”