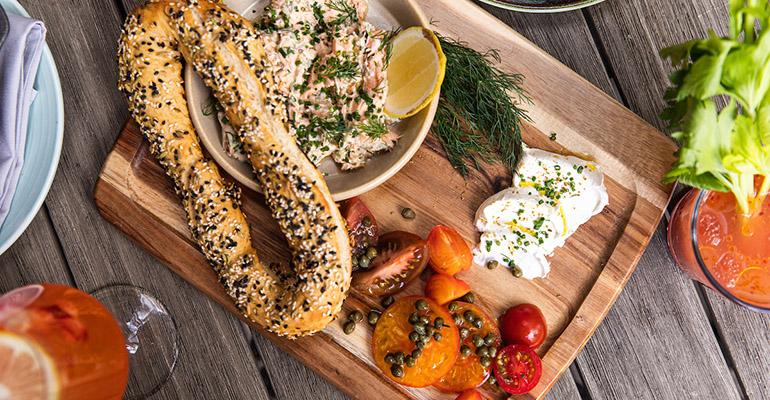 Aba, the restaurant from LEYE in Austin and Chicago, is getting a new location in Florida in 2022.
Trends>New Restaurant Concepts

Aba, the concept from ‘Top Chef’ alum C.J. Jacobson, already has locations in Chicago and Texas and will open in the Miami area in 2022

Chicago-based multiconcept operator Lettuce Entertain You Enterprises, or LEYE, is expanding its reach with the announcement of its first concept in Florida set for summer 2022.

Aba, the Mediterranean concept from “Top Chef” alum C.J. Jacobson and LEYE executive partner Marc Jacobs, will open at the Bal Harbour Shops in 2022. The village of Bal Harbour is located on the northern tip of Miami Beach and the shopping center itself is currently undergoing a $550 million “enhancement” plan with new retail and dining, which will include the addition of Aba, according to the company.

“As we celebrate our 50th year in business, we are thrilled to be opening our first restaurant in Florida, especially in a place like Bal Harbour Shops — an iconic destination and community in South Florida,” said R.J. Melman, LEYE president, in a statement.

With two locations already operating — one in Chicago and a second in Austin, Texas — Aba’s California-inspired Mediterranean menu will pull from the cuisines of four countries, including Israel, Lebanon, Turkey and Greece. The menu is likely to include dishes like: sugar snap and English peas with whipped tahini; hamachi with charred avocado; whipped feta spread and grilled cauliflower kebabs. Other signature dishes include Muhammara; the Everything Jerusalem Bagel with smoked salmon spread; and crispy short rib hummus with house-made bread.

“We are excited to bring C.J.’s lighter style of cooking and build on the energy of the growing food and drink community in Miami,” said Jacobs.

Lead mixologist Liz Pearce crafted a bar program that is an “extension of the cuisine, incorporating ingredients and flavors from the Mediterranean and Southern California,” and the wine list includes Mediterranean-favoring winemakers that use sustainable, organic and/or biodynamic growing practices.