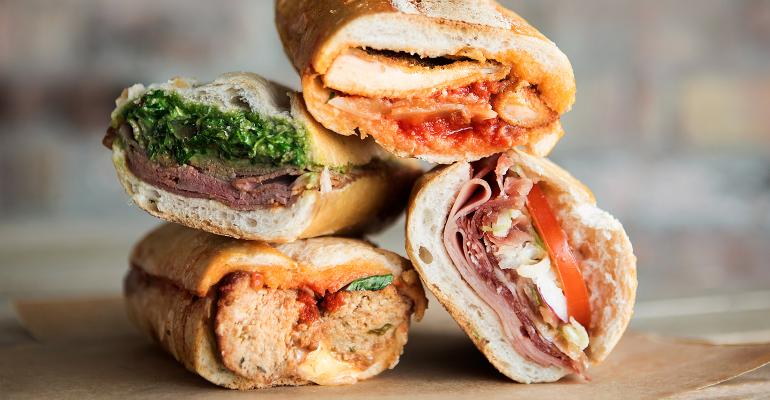 The former president of SBE’s Disruptive Restaurant Group is bringing an Italian sandwich shop by Miami chef Michael Pirolo to Los Angeles this spring as the first in a series of new concepts by the recently launched hospitality group K2 Restaurants.

Pirolo’s Panino was a tested as a temporary pop-up at chef Pirolo’s Miami restaurant Macchialina featuring Italian-American sandwiches. The more-permanent “fine-casual” version of the concept in LA will feature a broader menu, including dishes like Chicken Limone and baked ziti, in addition to the signature sandwiches, said John Kolaski, the founder, CEO and curator of K2 Restaurants, based in Los Angeles. The chef at Massima will be Craig Giunta, who has worked with Pirolo at Macchialina for several years, Kolaski said.

Both concepts are being developed with a significant delivery component, he added. “We have so many entrees, whether it’s Chicken Limone or baked ziti, that are great for those who want to stay home and do their Netflix-and-chill kind of night, and for catering,” he said. “We felt this concept would fit so many of those needs.”

Pirolo’s Panino, for example, will offer delivery out of its own kitchen, as well as out of CloudKitchens in downtown Los Angeles, one of a growing number of catering facilities specializing in delivery.

Sandwiches will be priced at roughly $9 to $11 with entrees around $16. But an order of Chicken Limone for two, for example, will only be $8 more, rather than twice the price, to encourage people to order together and allow for more efficient packaging, he said.

The plan is to grow Pirolo’s Panino, said Kolaski. “We see this as a concept that could work in many forms, whether as a brick-and-mortar or delivery. It also lends itself to the food hall world.”

Meanwhile, K2 is building its portfolio in other ways.

The group has been tapped by AJ Capital Partners, the developer of the boutique Graduate Hotel chain, to do food and beverage. The first collaboration will be at a Graduate Hotel in Iowa scheduled to open later this year.

And Kolaski said there are more chef collaborations to come this year, though he’s not ready to reveal the partners.

Kolaski developed K2 after leaving Disruptive Restaurant Group last year, where he helped develop a stable of brands in and outside of SBE hotels, including Katsuya, The Bazaar by Jose Andres, Cleo and Umami Burger.