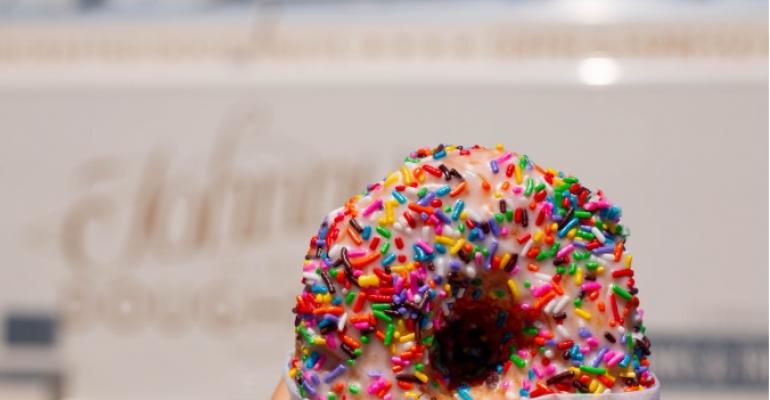 Craig Blum compares his growing, California-based doughnut business to one of his favorite pastimes: surfing.

“The whole evolution of my business and when it started, I liken it to when I was surfing,” said Blum, who grew up in Los Angeles and Malibu.

“As I started to build Johnny Doughnuts, I started to get this momentum and this feeling like, ‘Oh my God, I got this wave and it’s coming and nobody is on it and I’ve got this.’ It was this excitement of this opportunity right here and I’m going to catch it. It wasn’t if, or maybe. It was, ‘I got this!’” he said.

Blum opened Johnny Doughnuts in 2012 and has been riding the wave of success ever since. Johnny Doughnuts expanded from one brick-and-mortar location and a food truck to five trucks in the fleet and four brick-and-mortar locations where he sells them at around $5 a piece. There are four locations in the Bay Area, including, San Francisco (Hayes Valley), San Rafael (West End Village), Larkspur Landing (Marin Country Mart), and Santa Rosa (Fourth @ Leland). There are plans to open a few new locations over the next couple years, with Southern California on the horizon.

He attributes the company’s growth to having a solid operating system, and a commissary model — as well as an attitude of adjustment mixed with a great team.

“That’s what we build into the business. It’s all about being of love and service,” he said. 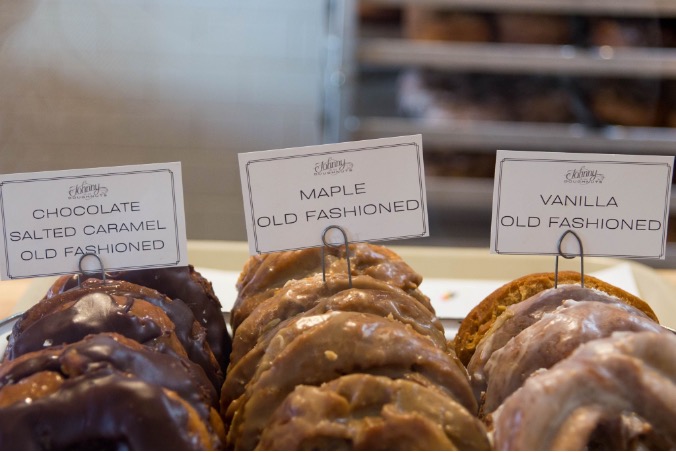 Photo: A group of Johnny Doughnuts favorites are pictured here at one of their several locations. All ingredients are made fresh.

During the pandemic, he and his team pivoted their model to serve healthcare workers and hospitals in the Bay Area, raising thousands of dollars and offering doughnuts and coffee to frontline workers.

Blum is an industry veteran who was on the opening team for the first U.S. location of Hard Rock Cafe in Los Angeles, and from there he expanded by opening up restaurants on Maui and the West Coast.

In the 1990s, Blum opened a cafe in Hawaii, and later John Dough, an all-natural pizza shop in the Bay Area, which is no longer in operation.

From there he indulged his sweet tooth and started making doughnuts with what he says are healthier ingredients.

At Johnny Doughnuts the menu includes standard options, ranging from apple fritters to cinnamon rolls, as well as some original options, such as the crodough — a cross between a croissant and a doughnut — and the Bismark, made with fillings like wild berry jam, lime mascarpone, and chocolate vanilla cream.

Blum says the vegan and wheat-free options are just as popular. Johnny Doughnuts uses organic ingredients from local companies such as Central Milling, and not-too-sweet fillings and glazes made from the Marin-Sonoma Produce.