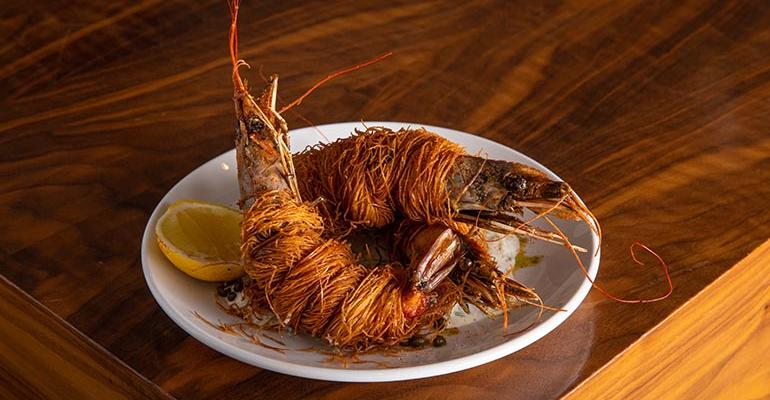 A common food hall experience involves wandering around to peruse each vendor’s menu, making a decision, ordering at a counter, and then scrambling to find a table, all while waiting for your number to be called or your buzzer to alert you when your food is ready. This is exactly what Jamal Wilson didn’t want.

The former pro basketball player worked in real estate before entering the food hall business and knew that he wanted to create a guest-first experience. Wilson traveled all over the country, visiting food halls to see what worked and what didn’t:

“I realized it’s kind of like real estate, renting houses and building a team,” he said.

Wilson’s first food hall opened in Tampa in 2017 but closed during the pandemic. He followed up that venture with Hall on the Yard in Orlando, which opened late last year, and Hall on Mag, which just opened in August in the New Orleans Warehouse District. 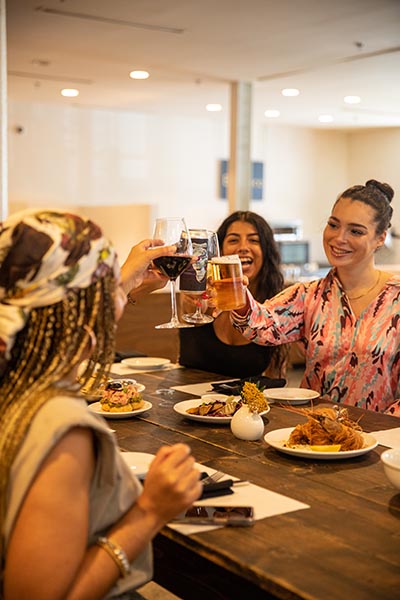 “I love the idea of diversity of food,” he explained. “Sometimes I want a slice of pizza and a taco, and food halls have the ability to mix and match. But I don’t like running around for my own food and then fighting for a table.”

That sentiment is what inspired Wilson to offer table service at his food halls. Upon entering the Hall on Mag, guests are greeted by a host and led to a seat, where they can view a menu featuring dishes from all six restaurants. Diners can order from one restaurant or multiple spots, with everything appearing on one check at the end of the meal. 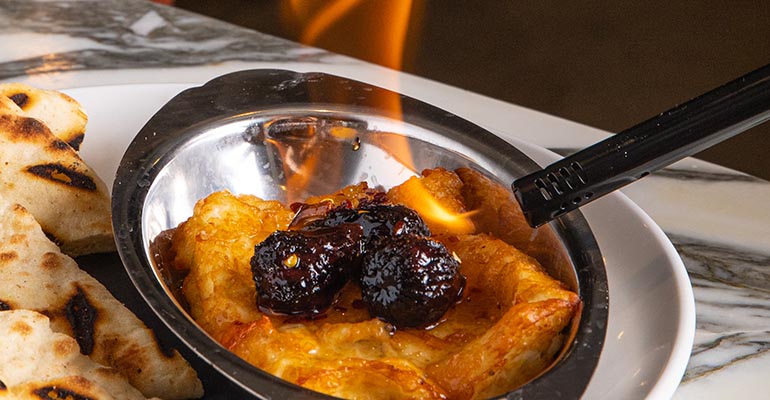 The Hall on Mag operates in the space formerly occupied by Auction House Market, another food hall that closed in the spring. Because the building was already set up to accommodate multiple vendors, Wilson was able to get the new concept up and running in two months, bringing in a few offshoots from his Orlando food hall and opening other restaurants that are operated internally. He’s currently looking to replace the three internal concepts with local businesses.

It’s often prohibitively expensive for chefs or restaurateurs to build out their own restaurant, but at his food halls, Wilson said concepts can open for less than $100,000:

“We’re able to give people an opportunity to create something and pursue their dream without mortgaging their future, so it’s a good business concept for everyone.” 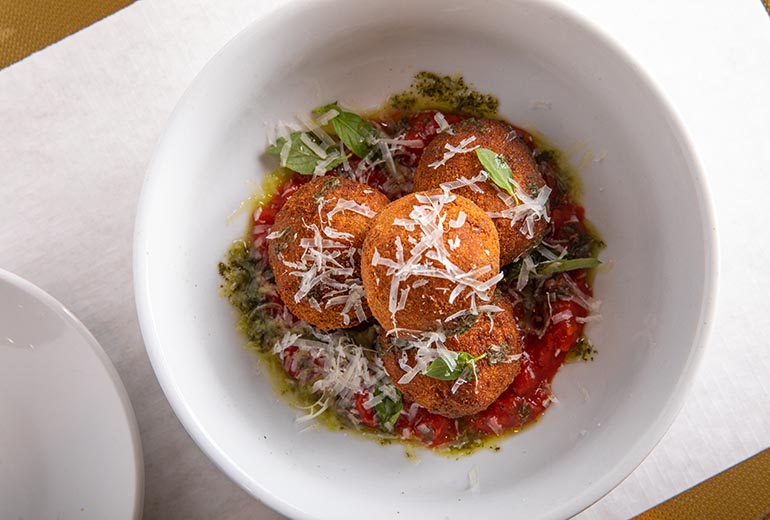 Most food halls operate a brisk lunch business, but the Hall on Mag was keen to capture a dinner crowd, too. Wilson credits the upscale design and full-service model for bringing in evening crowds.

“It’s always nice to be in a beautiful space while eating good food,” he said, noting that guests often stay for up to two hours, enjoying the music or watching the bar TVs.

Wilson is working his way toward a food hall empire. His New Orleans and Orlando locations will soon be joined by another in Atlanta, which is nearly complete and expected to open in November. After that, he’s got his sights on Saint Petersburg, Fla. in 2024 and then Snellville, Ga., outside of Atlanta, in 2024 or 2025.