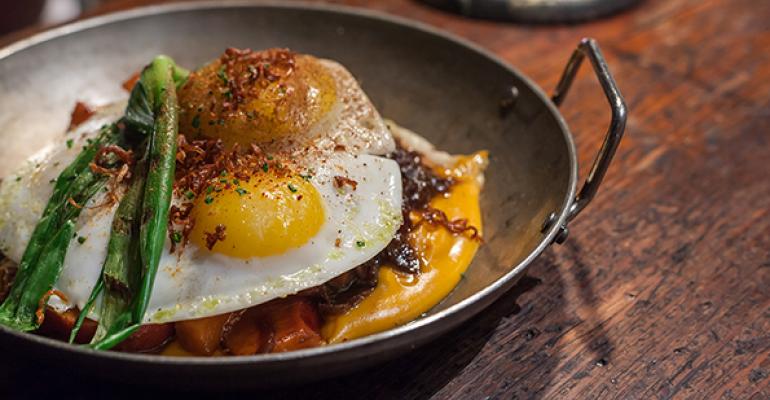 For those who travel around the country, the marvelous city of Boston has probably been one of your stops. However, you likely have not made your way to Milton, MA, which is seven miles outside Boston and the home to Steel & Rye. It opened in late 2012 to great fanfare. Boston magazine named it a best new restaurant in 2013 and in 2014 Arrive magazine named it the Best Restaurant in the Northeast. Chef Chris Parsons says Steel & Rye is the result of his desire to define what Americana means to him. He achieves that largely through ingredients, including heritage and heirloom vegetables and grains, pastured meat and poultry, line-caught and hand-gathered seafood and a host of other artisan products. He cooks many of these products on an old-school jet-black, cast-iron Molteni range that was built in France. The 6.5- x 11.5-foot behemoth is equipped with a flattop, a gas burner, a fryer, a grill, a plancha and a salamander. Here’s a look inside Steel & Rye.