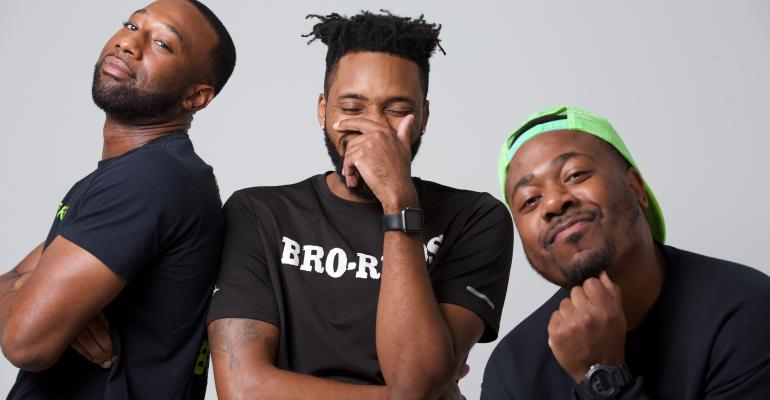 Bro-ritos survived the pandemic with the help of merchandise and the Verizon Comeback Coach program.
Trends>New Restaurant Concepts

After surviving COVID, Bro-ritos has a plan for expansion to majority African American cities

Imagine having a successful food truck so busy with catering events that you decide to open a brick-and-mortar location, mainly to house the trucks and serve as prep. Then imagine that brick-and-mortar lease is signed in January 2020. That’s where Bro-ritos was at the beginning of the pandemic.

The operator of the fast-casual Mexican concept in Hackensack, N.J., was left without any business when the pandemic shut down both indoor dining and events.

Founder Marcus Crawford attributed the survival to both the government relief loans and grants, as well as the surge of interest in Black-owned businesses following the murder of George Floyd. But when that business died out, Crawford had to get creative.

“It's not like [Black businesses are] the cool thing to support right now, this is something super serious that people deal with on a day-to-day basis,” said Crawford. “The support that we receive, when it comes to small businesses, is huge because the dollars that are spent inside of small businesses go so much further.”

For Bro-ritos, those dollars, for example, went toward the creation of consumer-packaged goods, like sauces and taco kits modeled after the brand’s signature flavors. The partners also purchased a second truck that helped keep the concept alive.

Prices range between $10-$11 for a burrito or quesadilla and $8 for tacos.

Crawford plans to expand to other majority African American cities, like Atlanta, Philadelphia and Washington, D.C., along with Miami, where he went to college.

“Atlanta is a progressively African American city. A lot of African American people live there and politically there is a lot of support for Black businesses out there,” said Crawford. “I feel like we have a great brand that could fit into the city and receive support from others that would buy into our business or understand what we're doing.” 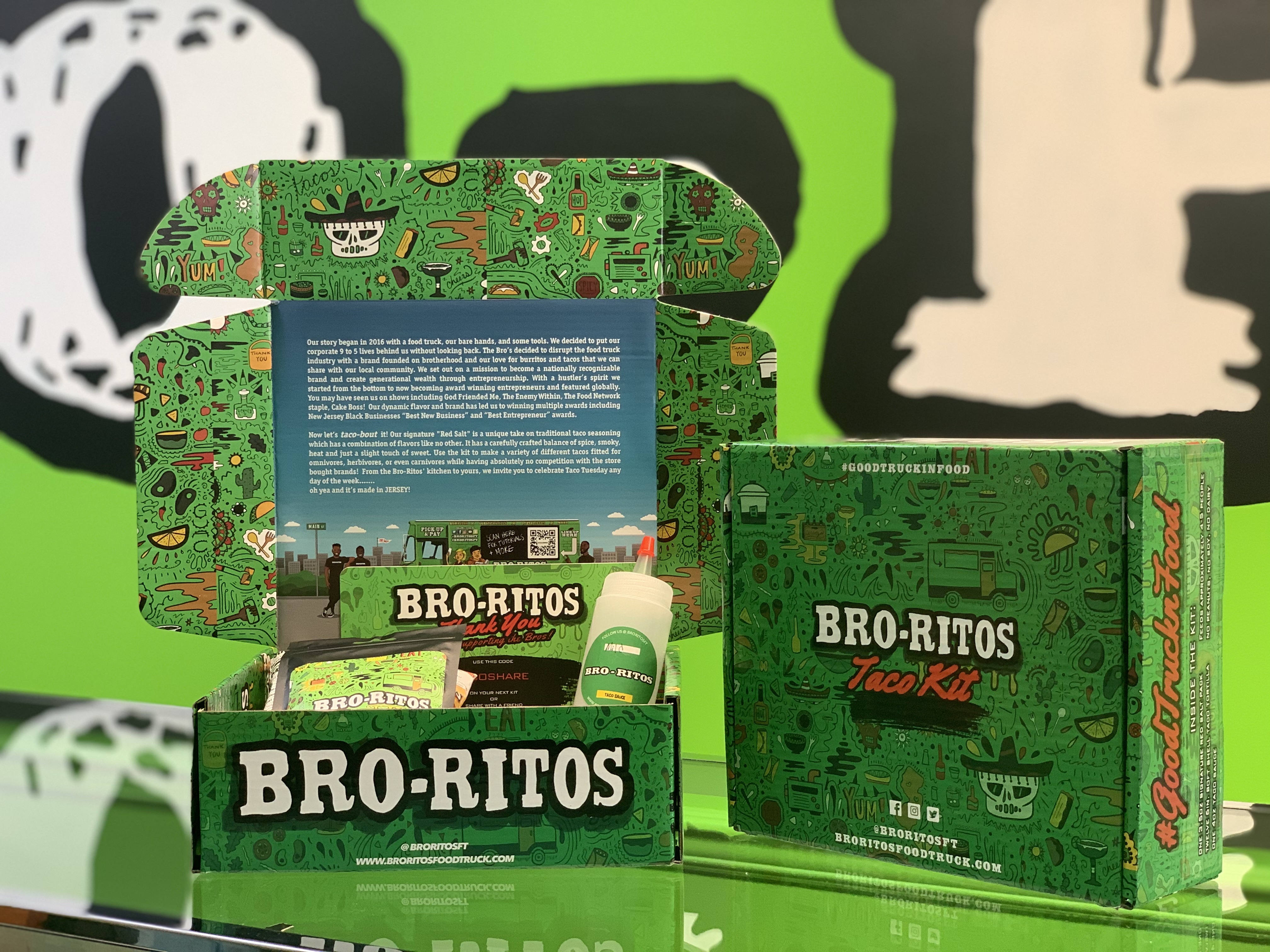 The brick-and-mortar location of Bro-ritos opened in April 2020 without the fanfare of a first restaurant opening but it remained open throughout the pandemic shut down, acting as a homebase.

Bro-ritos is hoping to grow using a hub-and-spoke model with a brick-and-mortar in each market serving as the hub for multiple food trucks.

That growth will be aided by the Verizon Comeback Coach program, in which participants like Crawford are paired with a mentor to “develop some outside-the-box plans to keep business rolling,” according to program organizers.

The program gave Crawford access to tech tools for things like virtually pitching investors, web publishing and a 4G hot spot. A video series based on the coaching program was posted on Verizon’s website.

And Crawford said they got some good ideas, like selling merchandise.

Prior to and during the pandemic, Bro-ritos was selling a line that included tee-shirts and hats. But with the help of their mentor, the restaurant moved into selling retail products like sauces and make-your-own taco kits that ultimately kept the business afloat when catering business dried up.

Crawford hopes to have the next market up and running within a year. Franchising is not in the plans at this point, though he doesn’t rule it out.