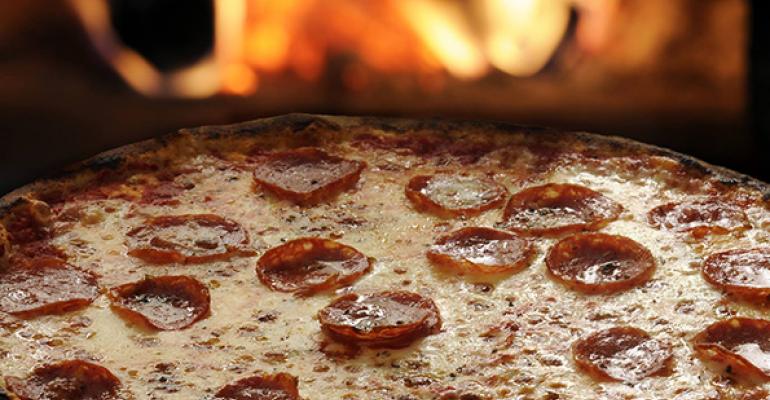 While the pizza market is strong, growth-focused pizzeria operators should be figuring out how to grab a piece of the hot fast casual pie, according to panelists at last week’s National Restaurant Association Restaurant, Hotel-Motel Show in Chicago.

Major pizza chains like Pizza Hut, Little Caesars, Papa Johns and Domino’s are seeing respectable growth rates ranging from 1 percent to 7.8 percent, according to Darren Tristano, executive v.p. of research firm Technomic. Little Caesars is the fastest growing among the top four, Tristano said, because they operate in underserved markets.

But Little Caesars’ robust 7.8 percent annual growth pace is dwarfed by the explosion of fast-casual pizzerias, he added. The latter are seeing a compound annual growth rate of 14 percent, a pace that Tristano expects to accelerate over the next four years.

Tristano said success in fast-casual pizza requires some tweaking of the traditional pizza-making process to create more customized products. Premium toppings, such as crumbled meatballs, salami and eggplant; cheeses outside the standard mozzarella/parmesan realm; a wider variety of sauces; factoring in gluten allergies and other health concerns; and non-Italian ethnic variations on the standard pizza are all turning up on emerging fast-casual pizzeria menus. “It’s a drive toward more flavors,” Tristano explained.

One operator who has adapted to the growing demand for customized pizza is Sean Brauser, founder of Ohio-based Romeo’s Pizza and PizzaFire. His company launched the latter fast-casual concept in Akron, he explained, to establish a local foothold before other growing brands enter the region; the company plans to expand to other cities.

Fired Pie, a fast-casual concept with 10 units open and three under development in Arizona, follows a simple format: pizza or salad, “your way or ours.” Guests ordering pizza choose from six sauces, six cheeses, a variety of meats, vegetables and herbs, all baked on an 11-inch pie, for $7.95.

Staffers take orders on iPads, which cofounder Fred Morgan said are easier to use and less expensive to maintain than traditional POS technology.

Morgan noted that he advocates a “stay true to what you are doing” philosophy and has resisted pressure to expand the menu (into desserts, for example) or add equipment he deems unnecessary.

“Everything you add or bring to the table will slow the process down,” thus defeating the “fast” aspect of fast casual, he said.

With build-your-own customization, portion control can be a challenge, especially if the guest requests multiple toppings. At Fired Pie, “We say, ‘You pick, we portion,’” Morgan noted, and the staff is trained to limit toppings to a single layer.

Brauser said staffs at his units learn to weigh and measure ingredients carefully, using portion charts, to keep costs under control and to maintain consistency. “We count pepperonis,” he said. PizzaFire also sells pizzas at three price points with either one, three or five toppings, so guests understand they must pay for more ingredients.

Still, the cost-control battle is relentless.