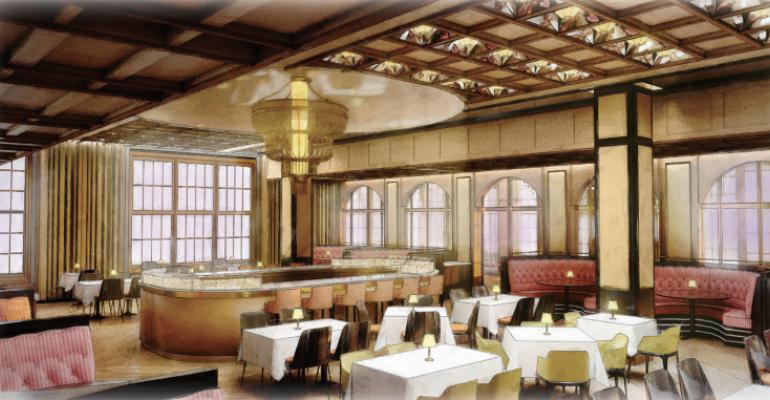 Nick Bill, director of operations of the new Twelve Thirty club in Nashville on why $25 per hour back of house wages and six-figure server wages works for them

While many restaurant operators are struggling to get used to the idea of the increasingly common $15 per hour minimum wages, the soon-to-open Sam Fox-owned Twelve Thirty supper club in Nashville is turning heads with its $25 per hour back of house hourly wages and server salaries of at least $100,000 per year. While it likely helps that the restaurant is backed by Justin Timberlake, director of operations Nick Bill said that supporting their staff is simply a priority for the venue.

“We feel that if you pay more, then you're going to get a better-quality staff,” Bill said. “We realize that investing in our team is the most important part of the business where we should spend money. [...] Anything but investing a lot in them is saving money the wrong way.”

Related: Here’s how much menu prices could go up if the Raise the Wage Act is passed

The Supper Club was envisioned by prolific restaurateur Sam Fox and popstar Justin Timberlake as an old-fashioned music hall-style supper club in the heart of four-in-one venue, the Twelve Thirty Club. The concept will be housed in a 33,000-square-foot building, which also houses a honkytonk bar, members-only lounge and rooftop bar, all of which have been opening in increments throughout the year. The soft opening of the supper club will be Sept. 22 and will be open to the public on Sept. 28.

While the draw to Twelve Thirty Club might be its four-venues-in-one concept, or its tip of the hat to the Memphis blues music scene (instead of the expected Nashville country lineup), its employees will likely be drawn to the unusually high salaries.

Surprisingly, Bill said that they feel the six-figure salaries and $25 per her hour wages are “easily attainable” based on their menu pricing, geographic location, and presumed high-spending clientele. Though it’s important to note that this strategy is not for every operator (Twelve Thirty Club was built as a Nashville destination on lower Broadway, the city’s version of Times Square), the venue’s versatility appeals to both the out of towners attending conferences or corporate employees looking for a business lunch.

“We’re rewriting the script,” Bill said. “Our location naturally works for everyone.”

Don’t expect tipping culture to go away though, he said. Gratuity is a natural part of the experience at Twelve Thirty. The structure of tipping might work differently for the different concepts: tip pooling might work best at the Supper Club, while First Level (the honkytonk bar) has more personalized service, so a more traditional individual tipping model is more appropriate.

While six-figure server salaries are the exception rather than the rule in the restaurant industry, this business approach can work for even the smallest mom and pop restaurant.

“I think that if if everyone focuses on investing in the people, then it's worth its weight in gold,” Bill said. “Think of the replacement cost: If you’re paying them $15 an hour and they want to make $17, you can either make them happy or lose that person and have to start over. At the end of the day, this is a ‘penny wise, dollar foolish’ business solution.”