Filling the space of the old landmark Empress of China restaurant in San Francisco’s Chinatown, Empress by Boon is set to open June 18. Chef Ho Chee Boon’s vision includes continuing the legacy of this space with elegant, modern-yet-approachable cuisine in a reimagined atmosphere. Boon presents a prix-fixe menu of modern Cantonese dishes made with fresh ingredients from the restaurant’s organic farm in Gilroy, Calif.

CAMP is a laid-back American eatery with summery vibes in Greenville, S.C., from a French Laundry alum who brought whimsical-upscale treats/sensibilities back home from the Napa Valley. Drew Erickson and sous chef Diego Campos spent almost every day of the past six months working on CAMP’s menu, cranking out more than 80 dishes and testing them on the culinary team at Table 301 Restaurant Group. The result is whimsical-yet-stunning plates like these sea scallops with a pour over.

The menu will change seasonally, featuring at least 25% locally sourced produce and whole lot of global flavor, as in these braised beef tostadas.

For the last 20 years or so, Chef Jason Paskewitz has been showing Windy City diners how it’s done when it comes to the classics. Pomeroy, Ballyhoo Hospitality’s new French bistro set to open this summer, is a reunion for Paskewitz and Ballyoo co-founder Ryan O’Donnell. The two opened Gemini together in Lincoln Park in 2009. Look forward to lots of seafood, especially the chilled Fruit de Mer platters. There’s also a Les Foies Gras section of the menu.

Guacamole De Bonito features a surprise underneath: tuna tartare on a charred tostada with a layer of chili arbol salsa macha and jicama salad in between.

A taste of home

Chef Carlos Comacha, turning to his signature smoky large plates from a wood-burning grill, said he is aiming for dLeña to replicate “our Mexican home … a unique opportunity to showcase the passion within our culture.”

Beverages will start with an extensive tequila and mezcal selection, and diners can try flights of each.

Longtime culinary oasis Charleston is getting several new places to try in the near future. Brasserie la Banque is set to open early summer with restaurateur Steve Palmer and seasoned Charleston chef Jeb Aldrich at the helm. Going for a Parisian brasserie vibe, the environment will be convivial and the dishes will be traditional French with a few twists.

This breed of chicken, a.k.a. “Cou Nu” or “naked neck,” comes from North Carolina and is known for out-of-this-world flavor.

The foie gras here is cured with black cocoa and served with apple Parisienne.

Bobby Flay feels right at home at Caesars Palace … he’s been there for 16 years (his brand, anyway). But Amalfi is his first Italian restaurant, making it one we’re dying to try for sure. Flay’s time spent in Italy transformed him. “After immersing myself in Italian culture and spending time exploring, cooking and eating with the country’s greatest chefs, I can honestly say Italy has stolen my heart,” Flay said.

Butter Me Up, Washington, D.C.

A “pandemic baby,” Butter Me Up began as a virtual breakfast sandwich pop-up that founder/CEO Andre McCain launched at HalfSmoke in 2020. Its first brick-and-mortar location will open in July 2021 in D.C.’s Logan Circle. To date, Butter Me Up has sold over 72,000 of the chunky, funky breakfast sandwiches, like The Bestie (pictured), with bacon, soft scrambled eggs, smoked cheddar and chipotle ketchup.

The Good Day at Butter Me Up 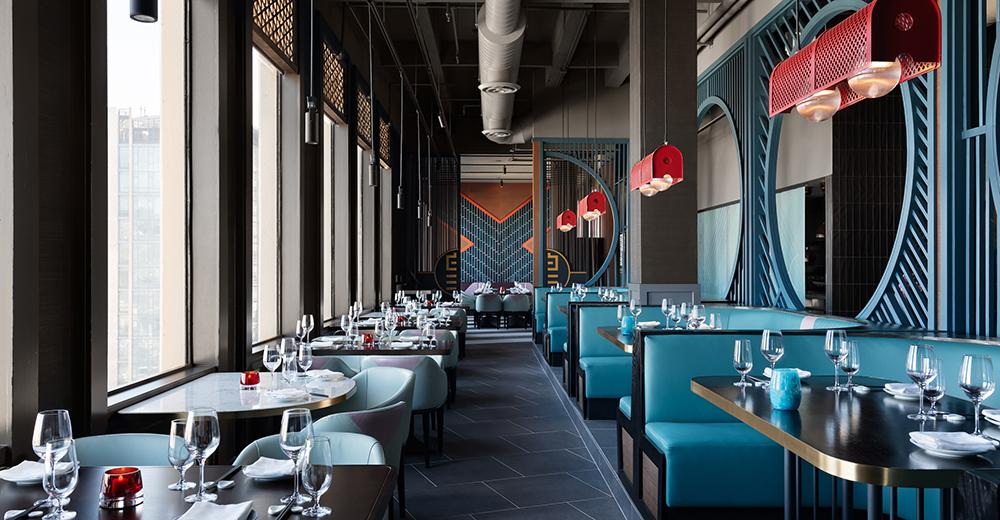