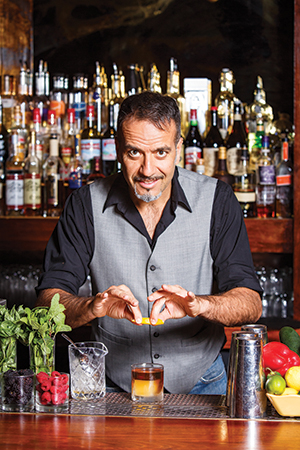 The first thing you notice when you sidle up to the bar is a devilishly handsome, six-foot-four guy who’s just too cool for school. Then you quickly realize the dude has skills. If it’s wet, he knows how to make it, and he’s created cocktails you couldn’t dream up on your best day. That guy behind the bar is Vincenzo Marianella, a master mixologist who was born in the small Italian town of Tolmezzo. Early on, he was a gypsy who travelled around the world bartending to “make a few dollars and meet lots of girls.” He was a head-turner who was getting noticed for his skills behind bars in L.A., NYC and Sydney. The attention was enough for him to attend the Australian Bartending Academy. Afterwards, he took up residence in London, which the New York Times hailed as the best cocktail city in the world. In London, “I’d work, make money for five or six days, then go out drinking and steal (bartending) techniques,” Marianella says. He eventually found his way to L.A., where he landed gigs at Valentino and Providence. For his work there, Starchefs.com named him “Best Bar Chef.” He’s now practicing his craft at Copa d' Oro in Santa Monica. His cocktails are built around fresh produce from local farmers’ markets and he collaborates with guests, who are encouraged to select fresh ingredients for cocktails he crafts for them. In essence, everyone who sits at Marianella’s bar has the opportunity to become a collaborative mixologist with the man known as the “Godfather of Cocktails.” For an example of his work, check out Marianella’s Campanula Sour, which was inspired by a beautiful red bell pepper he spotted at a farmers’ market. It’s a clean, fresh taste anyone would love. 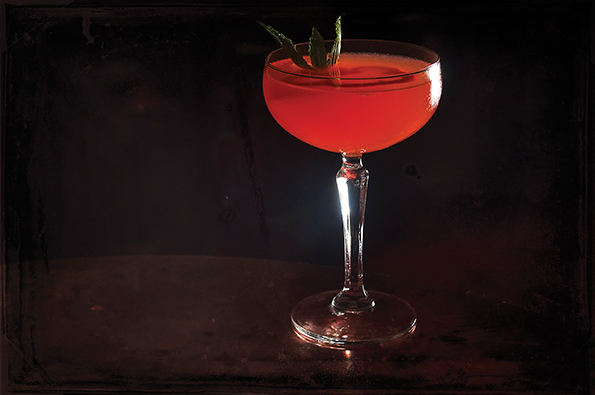 Shake and strain into a cocktail glass. Garnish with a very thin red bell pepper ring and a mint sprig.