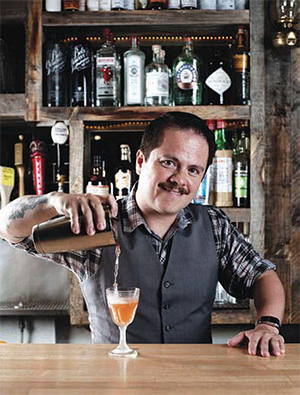 There's a Grand Canyon between bartending and owning a bar. Nobody knows this better than Erick Castro, a superstar bartender who took San Francisco by storm at two standout cocktail hotspots—Bourbon & Branch and Rickhouse. About a year ago he moved to San Diego to open Polite Provisions, a stylish cocktail bar that’s been the talk of the town. This time around, though, Castro is wearing the owner’s hat, which he shares with CH Projects, a hospitality collective.

As a celebrity mixologist, it was all glamour as Castro charmed guests with his magical cocktails. Now as an owner, he’s a part-time Scrooge who keeps a chokehold on costs and expenses. Nevertheless, Castro manages to bridge the chasm between the two worlds better than most. This he proved recently at Tales of the Cocktail, where Polite Provisions was nominated for Best American High Volume Cocktail Bar and World’s Best Cocktail Menu. Castro was also in the running for American Bartender of the Year.

The top prize for all three categories proved elusive, but he and his one-year-old Polite Provisions have established a world-class presence. Because Castro has partners, he’s not spending all his time crunching numbers. You’ll often still see him doing what he does best—shaking and pouring drinks such as the Kentucky Buck. Up front or in the back, Castro is clearly a double threat, which may explain why Imbibe Magazine recently declared Polite Provisions Cocktail Bar of the Year. 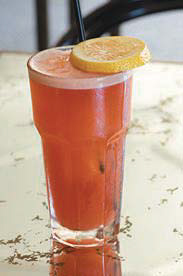 Shake and pour into a fizz glass. Top with club soda and freshly grated cinnamon.