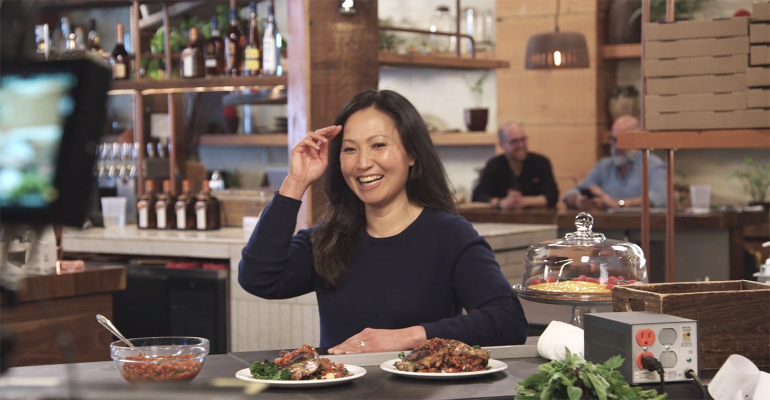 This year, some Super Bowl commercials will be showing love for independent restaurants impacted by the coronavirus pandemic.
Operations>Marketing

Independent restaurants are scheduled to get some love during the biggest advertising time slot of the year: the Super Bowl

Americans will gather around their TVs on Sunday to watch a football game that, for many, is more about the commercials. This year, several of those ads will focus on the plight of independent restaurants across the country that have been struggling for survival through the pandemic.

The Independent Restaurant Coalition, for example, has teamed up with the liquor-brand Cointreau for a game-day campaign called “Love Letter,” encouraging consumers to support their favorite local restaurants and bars.

“We’re taking this opportunity to amplify [restaurateurs] voices during one of the biggest moments of the year with our emotionally-charged ‘Love Letter,’ an authentic testament to the industry we love and are committed to see thrive again,” said Ian McLernon, president and CEO at Rémy Cointreau Americas.

After telling the story of several restaurant owners and workers who have been impacted by the pandemic, the ad asks viewers to write a letter to their favorite restaurant or bar.

“I don’t have kids of my own, my restaurant family is my family. I miss the people that supported us throughout the years to be able to do what we do, to connect. I hope we’re able to do that really soon,” said Kim through tears in the teaser.

“People cannot wait to go back to their favorite restaurants and bars when it's safe to do so, but there’s no guarantee the people who make those places special will be around,” said Andrew Zimmern, a founding member of the Independent Restaurant Coalition, and whose creative agency Intuitive Content produced the commercial. “We are grateful for the national platform Cointreau has provided and hope this kick-starts a national conversation on the challenges facing the creative and dedicated people who face innumerable challenges navigating the pandemic.”

Here’s a behind-the-scenes look at the ad:

“The biggest thing with the restaurant industry is that we don’t have lobbyists in Washington. The IRC has really given us a voice,” said Justin Sutherland in the preview.

Third-party delivery services — which have seen a boom in business this past year — have also developed game-day ads promoting support for local restaurants.

DoorDash also developed a campaign called “The Neighborhood” that began with a spot during the AFC Championship last week and will continue through the Super Bowl. The ads were developed in collaboration with the non-profit Sesame Workshop featuring actor and rapper Daveed Diggs and various Sesame Street characters.

In the Super Bowl ad, Diggs places an order for food, but it turns out Cookie Monster placed several orders secretly, all seemingly arriving from independent businesses. The tagline, “Get more from your neighborhood” closes the ad.

This is the first Super Bowl ad for the delivery company, which has also pledged $10 million in relief grants to restaurants to help them offset pandemic-related costs. The list of places where grants are available is here.

Uber Eats, likewise, is also launching a $20 million restaurant relief package over the next six months to help independent restaurants. During the Super Bowl weekend (Feb. 3-7), Uber Eats delivery is free to consumers who order from local restaurants.

The Super Bowl ad spot is the company’s way of kicking off the fund and announcing all the restaurant-based initiatives including $4.5 million in micro grants to local restaurants in major U.S. cities with fewer than five locations, an in-app donation button — with Uber matching — and no fees through the summer for restaurants.

Featuring the stars of “Saturday Night Live” skit Wayne’s World, Garth and Wayne (or Dana Carvey and Mike Myers, respectively), the ad plays on the fact that the fictional show is on a local access channel so they want everyone to support local restaurants. Rapper and entertainer Cardi B joins the men to encourage others to eat local as well.