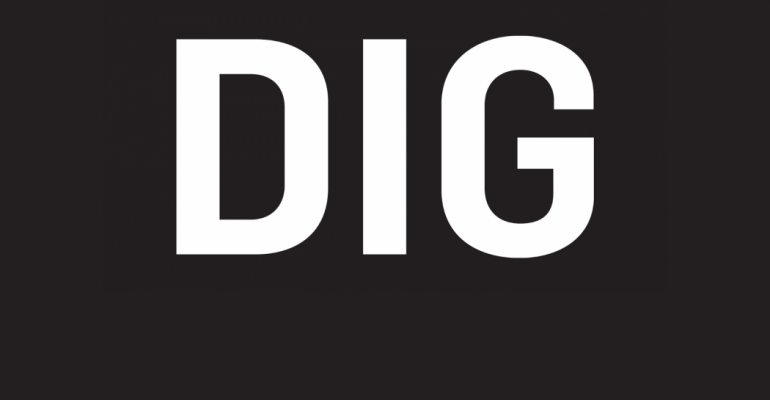 Adam Eskin, the founder and CEO of Dig (née Dig Inn), announced earlier this week the company's name change in a post on publishing platform Medium.

"In short, Dig has become more than a restaurant,” Eskin wrote. “It's a shared belief that access to good food — picked recently enough to enjoy its full set of nutrients, carried only as far as it needs to, grown and cooked by first names, and priced to feed a neighborhood — shouldn't have to be a movement, an ethos, a privilege or even a doubt. So, today we're making a transition that reflects the full scope of our ambitions by officially changing our name to Dig."

The New York-based fast-casual chain joins the likes of Dunkin' and Jamba, and KFC before them, in shortening their names in an effort to grow their companies.

Dig, which recently received a $15 million investment from Danny Meyer firm Enlightened Hospitality Investments, has plans to buy land in Upstate New York to grow vegetables and build a training center. "A place where a new generation of cooks can learn how to grow and cook food without the burden of massive student debt," Eskin wrote.

The name change could help the brand with its growing ambitions, said Aaron Allen, the founder and CEO of Aaron Allen & Associates, a restaurant consultancy.

"Is this a hotel? A bed and breakfast? What is this place?" asked Allen.  Removing "inn" clears up some confusion as the brand plans to expand to Chicago, Philadelphia and Washington, D.C., in the next year and a half.  Similarly, with its name changes, Jamba let consumers know it had a menu with more than just juice. Dunkin', by removing “Donuts” from its name, tried to push consumers to consider the brand for more than just sweets. Going from Kentucky Fried Chicken to KFC was an attempt to reduce the emphasis on "fried.”

A shortened name appears clean, noted Allen, and mimics the culinary trend around streamlining menus and getting rid of artificial ingredients.

Then there's a brand's online presence where attention spans are short and every character counts. "It's not that a Twitter handle is making these brands change their name," said Allen. But the influence of social media and the Internet in general can't be ignored.

Currently, Jamba, Dunkin and Dig still have their legacy Twitter handles (@JambaJuice @dunkindonuts and @diginn). And Dunkin and Dig can be found on their old URLs, although Jamba has managed to snag jamba.com.

The downside of a name change like this usually means paying for new URLs and remodels, as well as signage and packaging with new branding, and the burden can often fall on franchisees, said Allen.

In Dig's case, the aproximatly 30 restaurants are company-owned, so the transition should be more manageable than, say, Dunkin's, which has about 12,000 franchised locations worldwide.

"In some ways, this is bittersweet," Eskin wrote in the Medium post. "We have loved being Dig Inn over the past eight years. Back in 2011, we chose our name because it channeled our commitment to cooking from scratch. Dig Inn sounded homey and nostalgic, just like the food we wanted to cook.

"Still, it's time for us to cut our name in half and drop the wordplay."