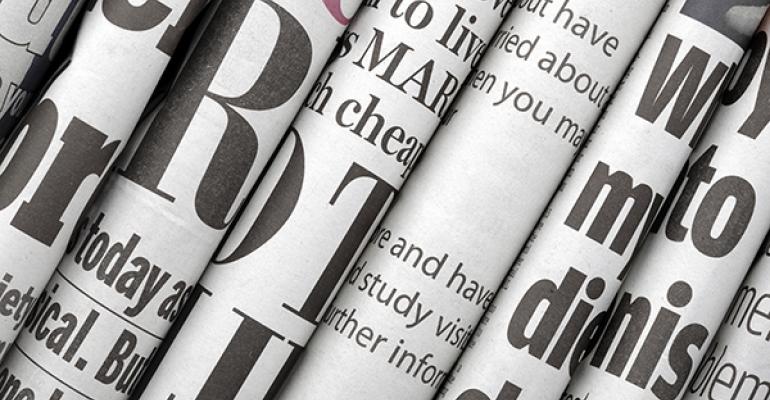 Crafting the perfect PR cocktail for your restaurant

When you look for ways to generate valuable publicity for your restaurant, think like a bartender. &bull; See more Marketing articles

The handcrafted cocktail has skyrocketed in popularity. Thanks in part to period-piece television dramas such as Mad Men that romanticize bar scenes of yore, drinks like the Old Fashioned and the Sazerac have risen from the recesses of the speakeasy to the drink menu of the neighborhood watering hole. With its focus on precision and detail, the art of mixology has effectively taken taps and brass rails by storm.

From the bar room to the board room, a different type of mixology is also taking place: the meticulously designed publicity campaign. Beneficial and lucrative PR strategies are being devised like a classic cocktail, with an emphasis on industry standards, creative execution and an array of unique approaches that parallel the goals—or tastes—of the business or individual. Restaurants have many different options to consider when concocting their perfect publicity campaign, but it is paramount to remember that in order to achieve the desired result, the mix of media must be just right. Here are four key components to consider.

1. Local and community print: The base

This is the heart of any publicity campaign. Like an aged, smoky rye, targeting print media publications forms the base of your PR cocktail—everything builds off of it. Articles placed in local and community magazines helps to establish visibility and lead to credibility for your restaurant. When you are looking for the proper starting point, look no further than the printed page.

The diversity of readership and focus in the wide range of print outlets allows for producing audience-specific content and positions your restaurant for the best chance of increased name-recognition and customer counts. While the allure of a television or radio interview can seem enticing—and they do have their role in the publicity mix—placing your information in local and community print publications offers permanence. A satellite outlet or emergency-broadcast message will not interrupt your expertise.

The purpose of a modifier in a drink, traditionally an additional liqueur such as vermouth, is to enhance the impact of the base. That brings us to interviews and appearances on broadcast media, which work to augment your efforts in the area of print. The modifier will not make your campaign, but it will absolutely enrich it.

A targeted approach with radio and television, promoting events and engagements in your geographic-area, will provide a spike of PR activity that builds from your local and community print base. Your restaurant’s presence in print has brought its thoughts and ideas to your target audience; its presence on their televisions and radios will put a face and voice to them.

3. Interviews and op-eds: The flavor

The flavoring in an artisanal cocktail truly sets it apart from its traditional counterparts. Grenadine, tropical juices, ginger beer—ingenuity in flavors makes your beverage offerings stand out. The same is true for your publicity campaign.

Interviews that result in quotes in daily newspapers—local and national—and newsstand magazines bring a chef or restaurant owner’s personality to the forefront. A controversial or distinct idea that appears in the pages of publications with massive readerships puts your views on wide-display, and helps establish you as a one-of-a-kind expert in your area.

Op-eds take this approach one step further. They provide you with a forum to distinguish yourself from your colleagues. Imparting a unique opinion or thought-process to your audience can make you a household name for your beliefs. Do not be afraid to push the envelope. Professional mixologists take concerted risks to create a name for themselves; chefs and operators should, too.

The garnish is the icing on the cocktail cake, if you will. You are finishing your creation with a flourish that doubles down on your established base, modifier and flavors. A PR campaign’s media mix uses print outlets’ online components as a garnish.

Since most—if not all—print media have an associated website, newsletter or blogging arm, many articles or interviews that appear in print will also be featured online. This achieves a dual impact for your original piece, as it now exists on computer screens as well as in tangible print, which only helps to extend your reach.

With the advent of our social media society, articles online may garner even more mileage, as sharing pieces deemed particularly informative or valuable has become one of the cornerstones of Facebook, Twitter and elsewhere in the online world. You’re only ever a few clicks and shares away from going viral.

Few things are as enjoyable as a finely crafted cocktail. Mixologists behind bars across the globe are using their imaginative brains to create innovations-on-ice; using the classics as foundations to bring about something entirely original. The media mix for a restaurant’s publicity campaign should adhere to the same process: an emphasis on time-honored local and community print placements, a boost with broadcast media and heightened name-recognition with interviews and op ed columns. Top off your campaign with online features and exclusives and you have the mixture for the perfect publicity cocktail.

And you just may become the toast of the town.