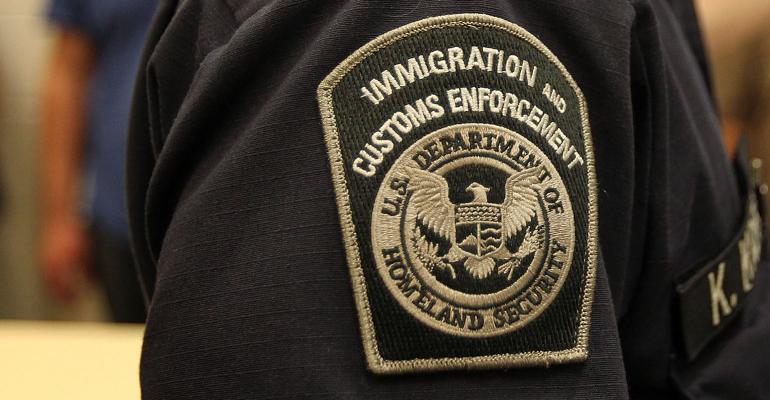 Restaurants should prepare for an increase in immigration enforcement

What to do when immigration officials come knocking

With sweeping new rules on immigration enforcement by the Trump administration in play, now is the time for restaurant operators to make sure worker I-9 documentation is order.

The Department of Homeland Security on Feb 21 issued orders outlining President Trump’s plan for immigration enforcement, instructing agents to identify, detain and quickly deport all undocumented immigrants they encounter, including those that have not been convicted of a crime.

The policy is making many in the restaurant industry nervous. And attorneys say they have good reason to be worried.

“It goes without saying that employers should not knowingly hire or continue to employ individuals who are unauthorized to work,” said Richard Rawson, a business immigration attorney with Davis Wright Tremaine LLP in Seattle. “If employers know [workers] are unauthorized, they should terminate them because the prospect of being caught is looming larger than it has in the past.”

Restaurant operators could also face serious penalties for “harboring” undocumented workers, like hiding people or helping them avoid detention or arrest, he said.

“Employers have a desire to help and protect their employees, but be cautious, and be careful and really think about it,” he said.

While there have not been widespread reports of raids in the restaurant industry in recent weeks, audits of I-9 documents required for all workers to certify eligibility to work in the U.S. will likely be stepped up under the Trump administration, said attorney Jessica Cook, an immigration partner with law firm Fisher Phillips in Atlanta.

The restaurant industry “has always been highly scrutinized when it comes to immigration compliance, and we’re expecting that to increase in the Trump administration,” said Cook. Trump “wants to protect U.S. worker jobs and is serious about deporting certain people from the U.S., and I think the restaurant industry is vulnerable to that.”

That will likely mean more notices of I-9 inspection, she said, as well as possibly more criminal investigations and even worksite raids.

“If the government is coming in and asking for documentation about employees, they you want to make sure their immigration house is in order,” said Cook. “Because once the government is there, they are not likely to limit their investigation to just one or two workers.”

Get the I-9 right

That means it’s more important than ever for restaurant operators to make sure their I-9 documentation is complete and accurate.

“Everybody makes mistakes. Nobody does it perfectly,” said Rawson.

Restaurant operators should do internal audits, tapping someone outside the group, like an attorney, to spot check for mistakes and make corrections properly, he said. “No white out.”

Restaurant operators also need to make sure they’re using the correct version of the I-9 form.

On Jan. 22, a new version of the I-9 went into effect, which now also includes a digital “smart form” that can be filled out on a computer, printed and signed, rather than filled out by hand.

Auditors will first look for errors on the forms, which opens employers up to possible fines. They will also check information against government databases to make sure social security numbers check out, for example.

“Completing the I-9 properly is their best defense in an immigration investigation,” she said.

Rawson, however, disagreed, saying, “The I-9 system is a joke. It does not do what it is intended to do.”

As part of the process, employers, for example, are required to accept documents their workers submit that appear to be genuine. But fake green cards can be virtually undistinguishable.

“Employers with perfect I-9s could conceivably have half of their workforce undocumented and that could be discovered in a raid,” said Rawson. “You need to have a contingency plan. What will you do if you lose those workers?”

Rawson recommends using the E-Verify system, a Department of Homeland Security database to determine who is eligible to work in the U.S., which is mandated in some states, but optional in others.

“Only the government can tell you who’s documented and who’s not,” he said.

Cook, however, does not advocate using E-Verify in states where it’s optional. If not used properly, employers could be charged with discrimination for targeting certain workers, she said.

“I don’t necessarily think it’s for every employer,” she said. “And if you’re running people through E-Verify, you may not be able to get a workforce.”

Cook recommended that employers have written policies on immigration compliance in place, as well as procedures for how to handle a surprise audit, or even a raid in which workers could be taken away.

“They want to make sure they have a procedure for who needs to be called if the manager or owner isn’t there, and who needs to be in charge of communicating with the government,” she said.

And know your rights as an employer, Rawson added.

“Engage counsel ahead of time, don’t wait for U.S. Immigration and Customs Enforcement, or ICE, to come knocking,” he said. “Know whether you can demand a search warrant, and how to monitor agents to be sure they don’t go beyond the scope of that warrant, and whether employees have the right to remain silent.”

Fundamentally, more comprehensive immigration reform is needed, said Rawson, including a guest worker program that could help employers in the industry find the workers they need and provide protections.

In the meantime, he said, “Increased enforcement actions are on the way, so employers should be prepared.”