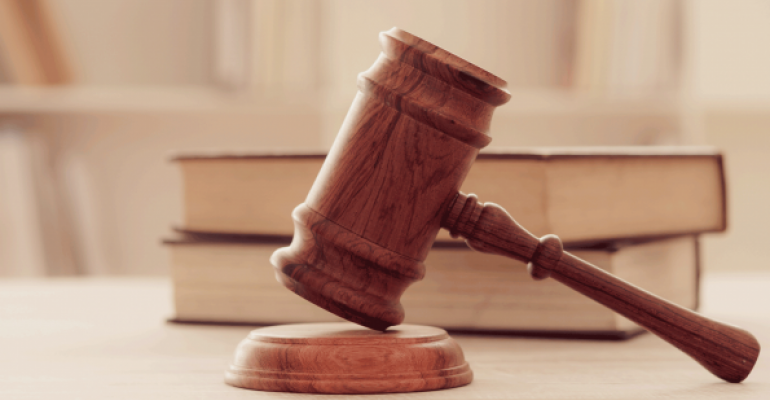 Many companies already in compliance, despite injunction on new Department of Labor rules

Impending changes to federal overtime regulations were frozen last week by a federal judge in Texas. But many restaurant companies likely complied with the new rules this week anyway.

Hospitality attorneys across the country say many of their clients at all levels — whether independent restaurants or large chains — had already announced to employees plans to adjust salaries this week as a result of new Department of Labor overtime rules that were scheduled to go into effect on Dec. 1. Some made changes months ago in anticipation of the impending implementation deadline.

Rather than roll back what for many was a salary increase, employers are complying with the new rules as written, despite the legal challenges.

“You put an expectation in employees’ heads that they’re going to get a raise, and if you don’t follow through on that, you’ll be creating a lot of animosity,” says Glenn Grindlinger, a partner and labor and employment specialist at Fox Rothschild LLP.

The preliminary injunction last week put a hold on the implementation of long-expected rules by the DOL that raised the salary threshold under which workers would be eligible for overtime pay from $23,660 annually to $47,476.

The goal was to effectively increase the pay of more than 4 million middle-class workers who previously were seen as exempt from overtime pay. Many business groups, however, saw the new regulations as too much, too fast at a time of rapidly rising labor costs.

The injunction stemmed from lawsuits filed by 21 states, as well as a coalition of business groups, arguing that the DOL overstepped its authority in establishing the salary threshold and automatic increases in that threshold every three years.

In allowing the injunction that put the new rules on hold temporarily, U.S. District Court Judge Amos Mazzant said he saw merit in the plantiffs’ argument, saying the DOL may not have the authority to change the salary threshold they way they did. The injunction would hold implementation of the rules temporarily until a court decision is reached.

Industry groups hailed the injunction as a reprieve from the Dec. 1 deadline, effectively pushing the battle over overtime rules into 2017 and the turf of the Republican-dominated Trump administration.

For employers that had not mentioned any planned changes to workers, the injunction allowed them to hold off and adopt a wait-and-see approach.

But for many others, it was already too late to change tracks.

A handful of the 1,400 employees at The Ivar’s restaurant chain in Seattle, for example, got a bump in pay this week to put them over the threshold for exemption, but no workers will be reclassified as hourly nonexempt. And that plan will not be rolled back in light of the injunction, says spokesman Jim Werth.

Attorney Grindlinger is recommending his restaurant clients do the same, especially because the Department of Labor could appeal the injunction. Last week, the DOL said it was reviewing its legal options. Government agencies have 60 days to file a notice of appeal.

Grindlinger and other attorneys say an appeal is likely. But an appeal would take time, again pushing the effort into the Trump term.

Opponents of the overtime rule see a potential savior in Trump, who has promised to ease the regulatory load on businesses.

Grindlinger, however, argues that Trump could continue any potential appeal started under President Obama.

“It plays into Trump’s populist economic argument,” he observes. “It’s something easy he could do and still be perceived as helpful to business, since it was going into effect anyway.”

Labor attorney Regina Faul, a partner with Phillips Nizer in New York, says employers that decide to delay compliance with the overtime rules may run into problems later, if an appeal succeeds.

“We don’t exactly know how the courts will deal with it and if they’ll say an employer has violated the rule after the fact” if not in compliance by Dec. 1, Faul says. “It’s a consideration employers need to make.”

Because the injunction came so late in the game, most restaurant companies had probably already done the hard work of analysis and figured out how they could comply with the new regulations, she noes.

“They’ve probably made their accommodations already,” she says. “I think it would be very difficult to pull that back.”

Attorney Todd Aidman with Ford Harrison, meanwhile, expects other compromises to come down the road, including legislation that could also change how the overtime rules are implemented or the salary threshold involved.

Aidman is advising clients to hold off on making any changes if they haven’t yet told employees that changes are coming.

If they have told employees that their salaries or exemption status will change, however, then employers should think carefully about the morale impact of a roll back.

And, if they do decide to roll back such changes, they should communicate that decision carefully to lessen the blow for those expecting a raise this week.

“I would be candid,” he notes. Explain the new rules and that the company is working hard to comply, but that a court has issued an injunction and the company is going to hold off until they see either a court decision or legislation that makes everything clear.

“I think now the rules as written are dead in the water,” he says.